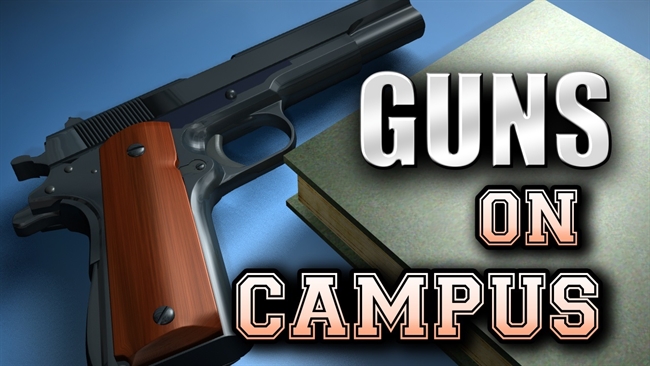 Tennessee Governor Bill Haslam has signed new legislation that recognizes faculty and staff have the right to arm themselves while on public colleges and campuses.

At that time, Governor Haslam had ten days to sign the bill. He did so on May 2.

Gov. Bill Haslam said in a statement that he disagreed with the bill for not allowing institutions “to make their own decisions regarding security issues on campus.”

But the governor acknowledged that the final version of the measure had addressed concerns raised by college administrators during the legislative process by including provisions protecting schools from liability and a requirement to notify law enforcement about who is armed on campus.

“Ultimately, this legislation was tailored to apply to certain employees in specific situations,” Haslam said.

This legislation permits full-time employees of state public colleges or universities to carry a handgun while on property owned, operated, or used by the employing college or university if the employee has a valid Tennessee handgun carry permit.

While I’m glad that Tennessee recognizes these rights for faculty and staff as this is an issue I brought up concerning schools in contrast to the NRA’s proposal for bigger government involvement, I question why they do not recognize the rights of the students.

According to Tennessee law:

Tennessee prohibits a person to possess or carry, whether openly or concealed, any firearm, not used solely for instructional or school-sanctioned ceremonial purposes, on any public or private school campus, grounds, recreation area, athletic field or any other property owned, used or operated by any board of education, school, college or university board of trustees, regents or directors for the administration of any public or private educational institution.  See Tenn. Code Ann. § 39-17-1309(c)(1)

Our Declaration of Independence acknowledged that rights come from our Creator, not the government. When the Second Amendment was written, it was clear that there was to be no infringement on the right of the people to keep and bear arms. Yet, that seems to be what government is constantly doing through a permit system, picking and choosing who can exercise their rights and based upon who their employer is (a college or university).

In December of 2013, a judge ruled in accordance with the Second Amendment that students could keep their guns on college campuses.