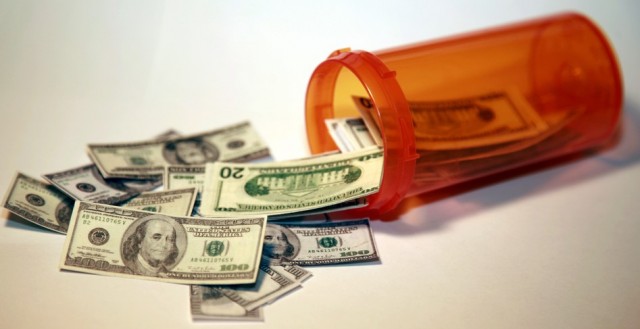 The use of oral cancer drugs has increased over the last decade and a half, as have their price tags. Despite the supposed advancements in “treating” cancer, the cancer industry is projected to grow – not shrink. This is especially true when one reflects upon the history of cancer drug prices: a recent study found that the cost of oral cancer medications increased a whopping 600 percent between 2000 and 2014.

More people are taking oral cancer drugs because they are supposedly less stressful on patients than conventional chemotherapy. Although Big Pharma has continued to pump out a steady stream of cancer treatment options, cancer rates have waxed rather than waned. At the beginning of the 20th century, every 1 out of 20 people would get cancer. In the 1940s, that figure increased to 1 out of 16 people, and in the 1970s, 1 out 10 people. Today, 1 out of 3 people is expected to get cancer.

A spike in price

“The major trend here is that these products are just getting more expensive over time,” said study author Stacie Dusetzina, Ph.D., at the University of North Carolina at Chapel Hill, in a press release. “In the past 10 years, there has been a push toward developing orally-administered drugs for cancer patients, but the high prices may increasingly be passed along to the patient, potentially affecting a patient’s access to the drug and their ability to use it,” she added.

The cost of these drugs is contingent upon the health care benefits of patients. Although private insurance companies have a history of providing good coverage for oral cancer medications, more and more patients are bearing the financial burden of these drugs.

“Patients are increasingly taking on the burden of paying for these high-cost specialty drugs as plans move toward use of higher deductibles and co-insurance – where a patient will pay a percentage of the drug cost rather than a flat copay,” Dusetzina explained.

Various theories circulate around why cancer drugs have significantly increased. Consumer Affairs reported last June that researchers from MD Anderson Cancer Center in Texas discovered that the increase in drug price was due to drug companies making a bang for their buck; not because the quality of the medications actually improved.

The authors of the study concluded that while these medications helped extend the lifespan of patients, they are not cost-effective. Because these drugs have to be taken daily over prolonged periods of time, patients are left with impossible choice to exhaust their life savings in order to stay alive, or die in order to save money for their family.

While these findings seem rather ominous, there is good news. Many of the cancers that plague humanity are a product of the environment rather than biology, and can be mitigated and even prevented with a change in lifestyle and eating habits. To learn more about how you can thwart cancer naturally without the side effects latched to expensive pharmaceutical drugs, be sure to attend this year’s Natural Cancer Prevent Summit. Click here to sign up for this FREE online event.