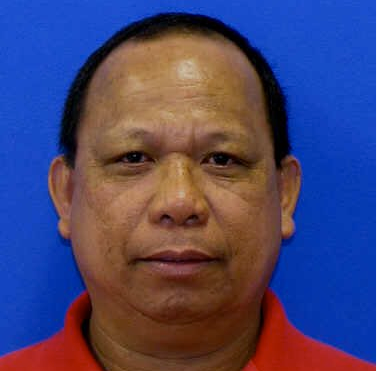 The shooting that has taken place at a Maryland shopping center in Maryland, which has resulted in at least two dead, has an interesting twist to it. The shooter is a police officer with the Federal Protective Service, a U.S. Department Homeland Security agency responsible for security at federal buildings and some foreign embassies in the Washington area.

On Thursday the town of Beltsville, Maryland was rocked by the tragic shooting of Eulalio Tordil’s estranged wife, Gladys Tordil. Thursday afternoon, Tordil walked up to his wife at High Point High School as she picked up their children and shot her.

The incident was captured on school video and was witnessed by adults and possibly students at the school, Prince George’s County Police Chief Henry P. Stawinski III said Thursday night.

Eulalio Tordil, 62, is a police officer with the Federal Protective Service. In March, after his estranged wife filed a protective order against him, he was placed on administrative leave pending an investigation.

According to documents obtained by The Washington Post, Gladys Tordil alleged that her husband slapped her and threatened to hurt her if she left him. She indicated that he had five firearms, and that he subjected their children to “intense-military-like discipline — push ups, detention in dark closet.”

The protective order required Tordil to surrender all firearms to law enforcement. However, because of his police officer status, he was told to refrain from using them, except “when respondent is at work and while he is on work premises.” The order said that “respondent may carry his work-issued firearm which he will leave at work during non-work hours.”

So, wait, an order was to be followed by a criminal with intent on murder? See? Laws and order works to stop those who are hell bent on committing their crimes. This is just one more bit of evidence that gun control of any kind simply does not work, but merely puts others in danger because they cannot defend themselves.

Tordil is also considered a suspect in a shooting in Montgomery County.

He was put on administrative duties in March after a protective order was issued against him, Homeland officials told NBC News. He was later placed on administrative leave, required to surrender his government-issued weapons, badge, and credentials.

He had threatened to commit “suicide by cop,” police said.

The violence started at the Westfield Montgomery Mall in Bethesda, where two males and one female were injured by gunshots following a “confrontation” in the parking lot, Montgomery County police said. One male later died at the hospital, police said. Another was in critical condition, and the female had non-life-threatening injuries, reported NBC News.

Twenty minutes after the shooting, police responded to another shooting at Giant Food supermarket, which is about 8 miles away at the Aspen Hill Shopping Center in Silver Spring. That shooting resulted in the fatality of a woman.

“We have no reason to believe the victims knew the suspect,” said Assistant Chief Darryl McSwain of Montgomery County police. “But we are certainly looking at all angles.”

And why is this story not in the media? Why is it not being pushed to the front of the news cycle by the Obama administration or the Clinton campaign? It’s because it does not fit their narrative even though this man is an employee of the DC criminal cartel.