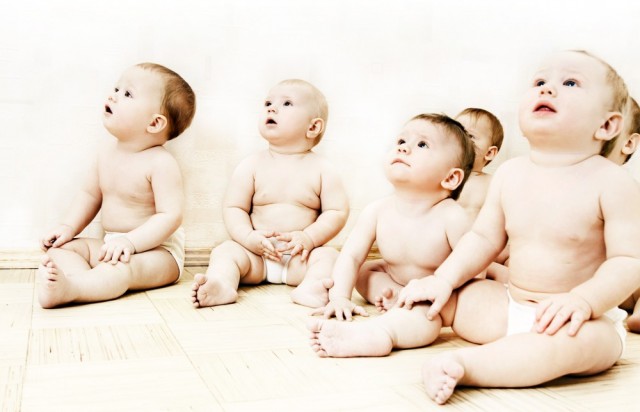 It’s well known that vitamin D is important with respect to bone health. Adding to the medicinal benefits of the sunshine vitamin, a recent study found that healthy doses of vitamin D during the first year of life may help children have more muscle mass and less body fat as toddlers.

“We were very intrigued by the higher lean mass, the possibility that vitamin D can help infants to not only grow healthy skeletons but also healthy amounts of muscle and less fat,” said one of the author’s of the study, Hope Weiler, Director of the Mary Emily Clinical Nutrition Research Unit at McGill University.

The study, published in the journal Pediatric Obesity, is the first to expose a link between healthy doses of vitamin D during the first 12 to 36 months of life and the development of muscle mass. The researchers did follow in the foot trails of a 2013 study, however, which gave 132 infants one of four different dosages of a vitamin D3 supplement between 1 month and 12 months of age.

The recent study verified that a vitamin D supplement of 400 IU/day plays a pivotal role in the development of strong bones during the first year of life. This amount is in accordance with conventional Canadian health guidelines.

Body scans were used to determine bone density, which enabled the researchers to measure the children’s muscle and fat mass. Although the body composition did not significantly vary across the board for children receiving different doses of vitamin D, the team discovered children who had vitamin D stores above the threshold suggested by the Canadian Pediatric Society (CPS) averaged around 450 grams less body fat at 3 years of age, reports Lab Manager.

Vitamin D supplementation is commonly recommended for babies until they are able to obtain a sufficient amount from their diet. The body produces much of its vitamin D through sunlight, meaning supplementation may be necessary during long, dim winters. Health Canada also recommends that parents and baby sitters avoid direct exposure to the sun  and the use of sun block screens on young infants.

This can make getting enough vitamin D a challenge. If the body doesn’t get a sufficient amount of vitamin D, it can spur what is known as vitamin D deficiency. Severe vitamin deficiency can cause a condition called rickets in children, which makes the bones weaken and soften. Vitamin D deficiency has been linked  to various other illnesses, including cancer, type 2 diabetes, depression and Alzheimer’s disease.

The researchers conclude additional analysis is needed on the association between lean muscle mass and the average amount of vitamin D in the body during the first three year’s of a child’s life. The only other variable shown to make a significant impact on a child’s body weight was their level of physical activity.