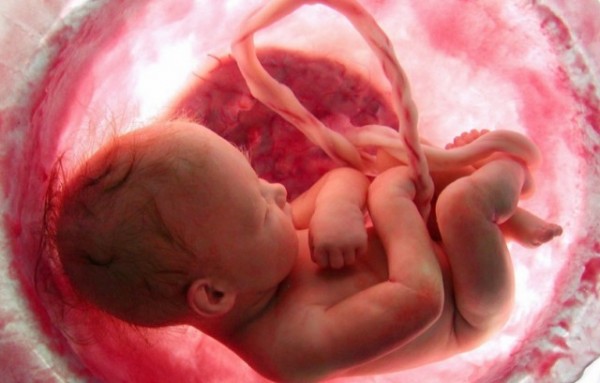 A new study published in the journal Cell Adhesion & Migration gives a whole new meaning to motherhood as scientists reveal developing babies pass on important, and potentially lifesaving cells to their mother.

Fetomaternal transfer, the migration of fetal cells to the mother during pregnancy, is thought to occur in all pregnancies, say researchers, adding that in humans, fetal cells may persist for decades, offering important health benefits that affect both the mother and baby.

Microchimeric fetal cells, a small population of genetically distinct cells existing within an individual from whom they were not derived, have been discovered in various parts of the body in pregnant women. Scientists identified these miracle working cells in pregnant mother’s blood, bone marrow, and the skin and liver.

Capable of healing injuries, the fetal cells have even been found in the brains of laboratory mice. The transfer of fetal cells to the mother “may have important implications for the immune status of women, influencing autoimmunity and tolerance to transplants,” according to researchers.

Fetomaternal transfers occur in all pregnancies

Scientists say that if they can better understand how the fetal cells move from the fetus to the mother, crossing both the placenta and blood-brain barriers and into various tissues in the mother, they can improve strategies for transplanting graft tissue from one person to another.

Microchimerism, “the presence of a small population of genetically distinct and separately derived cells within an individual,” is generally observed following transfusion or transplantation, but now scientists are learning that this phenomenon occurs between the mother and fetus, too.

“Small numbers of cells traffic across the placenta during pregnancy. This exchange occurs both from the fetus to the mother (fetomaternal) and from the mother to the fetus. Similar exchange may also occur between monochorionic twins in utero.”

Additional evidence suggests these transfers have lifelong benefits. “There is increasing evidence that fetomaternal microchimerism persists lifelong in many child-bearing women,” say researchers.

Animal studies show fetal cells may be persistent in the mother for decades. For example, male cells where observed in the blood of a mother 27 years after she gave birth to her son.

Additionally, male cells were found in bone marrow samples of a woman who gave birth to her son 51 years earlier.

“The absence of Y chromosome markers in samples from women who had never born sons in some studies strongly supports the argument that the male cells observed originate from the fetus.”

However, there may be another explanation, because male cells have been found in women who never had sons. Scientists say male cells occur in the blood of about 10 percent of healthy women who never gave birth to a son, or had a known history of abortion.

It could be that “male cells arise from unrecognized spontaneous abortions, vanished male twins, an older brother transferred by maternal circulation, or sexual intercourse.”

Are babies bettering their chance of survival by passing critical cells onto the mother?

Scientists don’t fully understand the purpose of fetomaternal transfers, leading them to question if it’s simply an “epiphenomenon of pregnancy.” Or it could be by design, a function critical to a greater plan we may not comprehend yet?

After all, most biological process once thought to be meaningless, turned out to serve a distinct purpose; these are called vestigial organs, i.e. the appendix, tonsils, and wisdom teeth, just to name a few.

The unexplained phenomenon could also be increasing the baby’s chance of survival.

Fetomaternal transfer “could be a mechanism by which the fetus ensures maternal fitness in order to enhance its own chances of survival,” researchers theorize. “In either case, the occurrence of pregnancy-acquired microchimerism in women may have implications for graft survival and autoimmunity.”

Scientists used lab mice to study fetomaternal transfer because “the anatomy of placentation and placental blood flow in mice,” as well as the role of analogous genes, resembles that of humans.