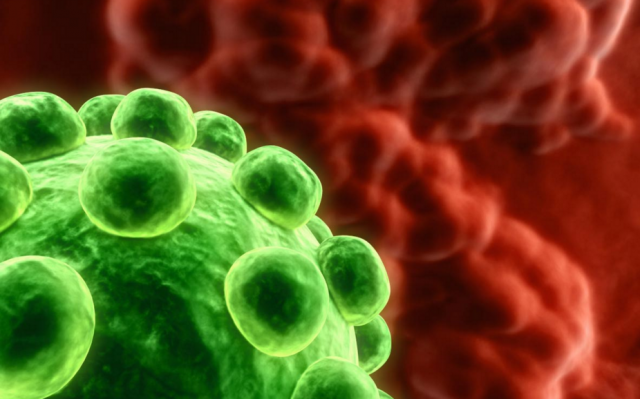 Researchers at Duke University have developed an antibody that combats cancer cells while preserving healthy cells. The treatment may provide an alternative option to current immunotherapies that have nasty side effects, the researchers claim.

The paper, published in the journal Cell Reports, is the most recent in a string of studies conducted by the researchers. Previous studies suggested that the antibody could help stymie the advancement of early stage lung cancer. In additional studies, the team found a human derived antibody called complement factor H (CFH) destroyed cancer cells when limited to a specific target.

“[In] this last study— what I consider the most important and interesting— we did something nobody has done before,” lead author of the study, Dr. Edward F. Patz, Jr. James and Alice Chen Professor of Radiology at Duke University, told FoxNews.com. “We took cells to make the antibody and figured out the secrets of the antibodies they’re making,” he added.

Patz and colleges took white cells from patients who had the antibodies, sequenced the antibody genes and replicated them to create developed antibodies. The antibody was tested in various cells lines, including lung, gastric and breast cancers in lab dishes, also in the tumors of living mice. The team found the antibodies prevented tumor growth without noticeable side effects.

“More important is what we’re finding is that it kills enough tumor cells to hold the tumor in check,” said Patz. “What we’re working on now is to show it allows more immune cells to come in and take over.” Patz added that it seems the antibodies helped provoke the body’s innate immune system, which destroyed the remaining cancer cells.

Chemotherapy, however, is toxic to both cancer cells and non-cancerous cells, and spurs a variety of adverse side effects. Although chemotherapy can help shrink cancer cells, the remaining cancer cells will most likely replicate and develop a resistance to the initial treatment. By using an antibody to provoke the immune system, the body can combat the tumors itself, Patz noted.

“All we wanted was a signal, and we got a very, very clear signal. In every cell line and animal model, it very consistently showed the effects of inhibiting tumor growth and killing tumor cells,” he said.

The researchers intend to conduct more animal experiments to gain insight into the dosing range and molecular underpinning of the antibody.

“This could represent a whole new approach to treating cancer, and it’s exciting because the antibody selectively kills tumor cells, so we don’t have significant side effects to achieve tumor control. We believe we can modulate the immune response and let the body’s own immune system take over to either kill the tumor or keep it from growing,” Patz concluded.