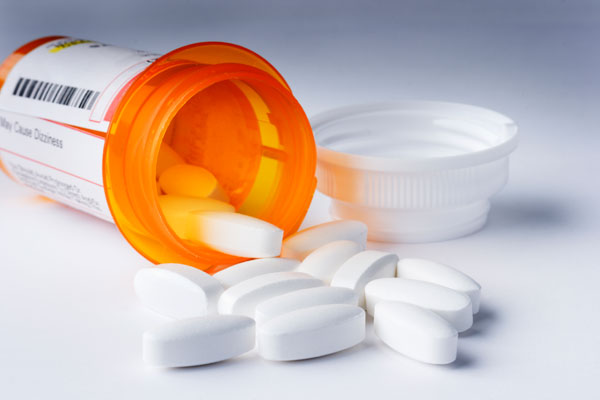 Acetaminophen, the primary ingredient in Tylenol, is the most widely used pain medication in the United States. No drug is without its side-effects, however. In addition to reducing physical pain, a study found acetaminophen can also reduce a person’s ability to empathize with other people.

Researchers at the Ohio State University discovered when people took acetaminophen and learned about the trials and tribulations of other people, they believed these individuals experienced less torment in comparison to how people who did not take a painkiller felt. The team published their findings in the journal Social Cognitive and Affective Neuroscience.

“These findings suggest other people’s pain doesn’t seem as big of a deal to you when you’ve taken acetaminophen,” said Dominik Mischkowski, co-author of the study and searcher at the National Institutes of Health (NIH), in a press release. “Acetaminophen can reduce empathy as well as serve as a painkiller,” he added.

Cutting off the root of emotions

The researchers measured the empathy of 80 college students by having them read various stories about the misfortunes of other people. One story consisted of a person experiencing a knife wound that went down to the bone. Another story consisted of an individual undergoing torment in wake of his father’s death. Students who received acetaminophen assigned lower levels of pain to characters in the story than students who received a placebo.

Acetaminophen is present in more than 600 drugs available on the open market. Although it is widely used to ease painful symptoms, it is not without its potential side-effects. Tylenol, for instance, isn’t recommended to be used to soothe a hangover, since it can further contribute to liver damage. Most instances of acetaminophen induced liver damage are intentional and caused by people attempting suicide.

No pain, no blame?

In a previous study, researchers found acetaminophen dulls the experience of positive emotions such as joy. The combination of these two studies suggest more research is needed into popular over-the-counter medications in the United States.

“Together, these findings suggest that the physical painkiller acetaminophen reduces empathy for pain and provide a new perspective on the neurochemical bases of empathy,” the study’s abstract reads. “These drug-induced reductions in empathy raise concerns about the broader social side effects of acetaminophen, which is taken by almost a quarter of US adults each week.”

Baldwin Way, co-author of the study and assistant professor of psychology at the University of Ohio, warned a diluted sense of empathy could impact personal relationships:

“We don’t know why acetaminophen is having these effects, but it is concerning. Empathy is important. If you are having an argument with your spouse and you just took acetaminophen, this research suggests you might be less understanding of what you did to hurt your spouse’s feelings.”

A separate 2004 study, published in the journal Social Cognitive Science, could shed light on the researchers findings. It showed the same region of the brain associated with first-person pain is also stimulated when we imagine the pain of other people. “There is a partial cerebral commonality between perceiving pain in another individual and experiencing it oneself,” according to the study ‘s abstract.

“In light of those results, it is understandable why using Tylenol to reduce your pain may also reduce your ability to feel other people’s pain as well,” Way concluded.