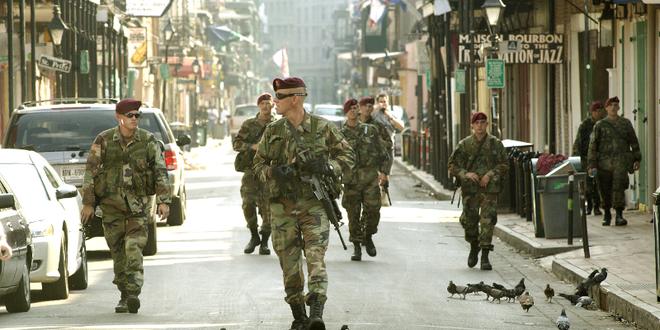 (Bugout.news) Anyone who has studied Barack Obama’s history and his past associations knows who had the most influence on his life: Perennial revolutionary Leftists Bill Ayers and Saul Alinski, both of whom preached and taught hate, intolerance and violence against traditional values and American exceptionalism. To these commies, Karl Marx was a god and Vladimir Lenin a model of “government reform.”

If you can wrap your mind around these truths, you can understand why Obama does the things he does. It’s not that he’s “stupid” or “foolish” or “out of touch” with reality when he refuses to enforce immigration laws, tolerates lax border security, sues red states for just about anything, refuses to enforce federal drug laws, redefines marriage, orders gays and transgenders to serve openly in the armed forces (while reducing the overall size of the military) and threatens schools that refuse to allow boys and girls to pee and shower together.

Obama, like the Leftist radicals he learned from, is all about creating chaos, all the time, because this is the preferred method of the revolutionary who seeks “fundamental transformation” of a society: Tear down long-standing institutions, radicalize the portion of the population that supports you and demonize your political enemies. And in all three of these things Obama has succeeded dramatically.

Even, say some, to the point where the country is ready to tear itself apart.

A new book by NRA field editor and noted survivalist/prepper Bruce M. Towsley, “Prepper Guns,” notes that Obama’s actions as president has pushed the “prepper movement” into high gear, sending gun and ammo purchases to record highs while millions have bought, and continue to buy, survival gear and long-term storable foods to live through a “civil war.”

Towsley’s book details the best weapons and ammo to survive a political or natural disaster; he wrote that he has “watched in horror as Obama has attacked America with the brilliance that has allowed him to succeed,” as reported by the Washington Examiner.

And he’s now calling on all Americans to be ready for a coming time when the authorities cannot be trusted.

“Americans are pitted against Americans as Obama has divided us on a course for civil war,” he writes in the 270-page hardback that echoes many of the complaints heard by increasing numbers of citizens, many of the supporters of top GOP presidential contender Donald Trump.

“Police are now the enemy and, in many places, can’t or won’t continue to do their jobs. The military has been decimated and he has fired most of the top military leadership. The Supreme Court has been bought and paid for and many of its recent rulings are bizarre, to say the least,” he continued.

“The justices no longer follow the Constitution, and each time they ignore it, the document becomes less relevant. The Republicans in Washington are corrupt and weak, or they are secretly on his side. It’s difficult to tell which and it probably doesn’t matter,” he wrote in the book provided to The WE’s Secrets in advance of its Tuesday, May 17, release.

Towley doesn’t hold back and is very clear about what our situation is at present, and what may be coming: A $19 trillion debt that continues to grow, an impotent Congress, political institutions that no longer function as designed, and a weaponized federal bureaucracy – which could all fall to a President Hillary Clinton who, if elected, would bring a great, big ego, attitude and grudge into the Oval Office.

And that doesn’t even mention any of the global disunity and military tensions we are seeing.

“The law-abiding taxpayer is being punished, while the lawless and the non-citizens are rewarded. Yet the American people do nothing. Our ancestors went to war over much less,” he wrote.

What’s Towsley’s solution? Not that preppers should go on offense, but be ready to put up a defensive wall – with guns – with the determination to stand [his gun choices: an AR-15, semi-automatic handgun and a shotgun].

Food, water, and shelter are very important to survival. But you must also be ready to protect what is yours, because if somebody stronger, better prepared, and better equipped takes it all away, you will die. Your family will die. The only way to protect them is with firearms.

If you are worried that bad things are coming and are trying to prepare, this book is the most important piece of gear you can buy. Because if you can’t protect your family, your food and your home, nothing else really matters.

“The time is now to prepare for what’s coming,” he wrote.