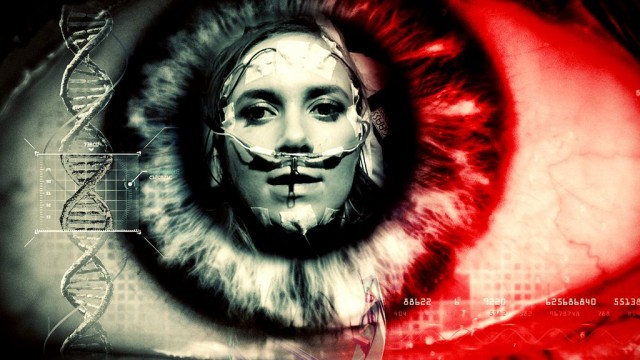 It’s one thing to be sleep deprived, and then catch a few winks to reinvigorate your body’s health clock. But imagine watching a family member losing their ability to sleep and subsequently going into a permanent state of dementia. Following that, they lose their vision and ability to communicate. In short order, death occurs. This disease is called Fatal Familial Insomnia (FFI). It is inherited genetically and there is no cure. Lachlan and Hayley Webb are a brother and sister from Queensland, Australia who are now living with this time bomb. The Epoch Times reports:

“They suffer from a rare hereditary disorder called Fatal Familial Insomnia (FFI), and neither one knows when it will strike. The disease affects less than 10 million people around the world. It prevents sufferers from achieving a deep sleep, which deteriorates the mind and body…

“Lachlan, 28, and Hayley, 30, became aware of their genetic disorder when their grandmother became ill when they were just teens, Nine News reports. Their mother, who was 61, also died from the disease, and their uncle on their mother’s side died at age 29.

“‘In my early teens I remember becoming aware of it, aware we had this family curse,’ Hayley, a reporter with Nine News in Australia, said. ‘My grandma started getting sick and dying. Her eyesight went, she had signs of dementia, she was hallucinating and couldn’t talk.’

“’Eventually she was diagnosed with FFI, that was the first time the family even knew that FFI existed.'”

As reported by the National Institute of Health (NIH) and the Genetic and Rare Diseases Information Center (GARD):

“Fatal familial insomnia (FFI) is an inherited prion disease that affects the brain and other parts of the nervous system. Prion diseases, also known as transmissible spongiform encephalopathies (TSE), are a group of rare neurodegenerative conditions that occur when abnormal proteins clump together and accumulate in the brain, leading to tissue damage. The first symptoms of FFI usually begin in mid-life and may include insomnia that worsens over time and vivid dreams when sleep is achieved. These symptoms may be followed by high blood pressure; episodes of hyperventilation; excessive tearing; and/or sexual and urinary tract dysfunction. As the disease progresses, most affected people develop ataxia. FFI usually leads to death within a few months to a few years.”

At the Broad Institute at MIT and Harvard, aggressive research is being done on this disease by Sonia Vallabh and her husband Eric Minikel, whose careers and lives were turned upside down after discovering the gene for FFI resides in Sonia. The Boston Globe reports:

“After Sonia’s diagnosis in late 2011, life changed. They threw themselves into learning everything they could about prions and fatal familial insomnia… They took classes at Harvard Extension School. And they created the Prion Alliance, a nonprofit devoted to research into the treatment or cure of prion disease.”

This dynamic couple were accepted into doctoral programs of biological and biomedical programs at Harvard, and they won a prize in 2014 in Italy at a meeting on prion research. They are now at the forefront of seeking a cure for Sonia and others like Lachman and Haley Webb who are burdened by this rare disease. They remain optimistic.

“Vallabh remains hopeful that a breakthrough will happen in the years before her symptoms set in.

“’It’s absolutely possible that a treatment will be developed in the next 10 to 20 years. And yet day-to-day, it’s impossible to say which experiment, chance insight, or encounter that happens today will become the project that becomes the solution,’ Vallabh said.”