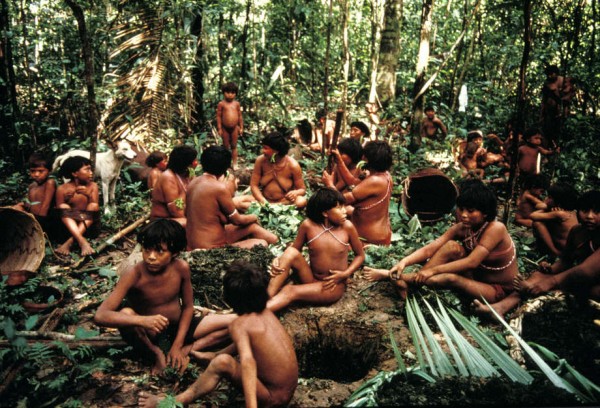 The man-caused global warming/climate change hoaxers are really getting desperate in their bid to convince people that modern life is killing the planet. So desperate, in fact, as to be absurd.

As many know, the recent climate change summit in Paris, France – where participants from all over the world used modern [and ostensibly polluting and warming] aircraft to get there – addressed a great many modern planetary sins, such as the use of coal to power plants for electricity, and the driving of an automobile to one’s place of work. Each of these habits is environmentally deadly and, if not stopped [cue the dramatic musical riff], the world as we know it will simply vanish into a sea of fire … one day. Nobody knows when, mind you, but they just know that it will.

Well, an “analysis” of those talks concluded that were all the provisions to be implemented, it would create hardship for “millions” of “forest dwellers,” leaving them without a home.

As the BBC noted:

Many developing countries will try to curb carbon emissions by setting aside forested areas as reserves.

But experts are worried that creating national parks often involves removing the people who live in these areas.

The study indicated designating forest reserves in Liberia and the Democratic Republic of Congo could displace as many as 1.3 million people.

But, according to the analytical firm TMP Systems, if that were to happen, in Liberia as many as 335,000 people who live in forests could be displaced; in DR Congo, that number could be as high as 1 million.

“Governments have targets to expand their protected areas, and now with new climate funding being available the risk is they will use this to expand in a way that doesn’t respect local rights,” said Andy White, from the Rights and Resources Initiative, the campaign group that sponsored the research. “It could result in the displacement of millions of people.”

The analysts added that this kind of displacement is already occurring in sub-Saharan Africa, Southeast Asia and Latin America; sometimes it has caused violence.

“I don’t think the international community wants to displace rural dwellers in Liberia – but I think if we go about it in the way we are talking about it right now, that is going to be the result,” Constance Teague, of Liberia’s Sustainable Development Institute, told the BBC.

“We need to recognise that indigenous communities respect the forest and they have worked on [it] for hundreds of years,” she continued. “It may not look like what the international community may expect, but this effort to conserve the land does exist.”

She further noted that Liberia had the most forest space left in West Africa, mostly because of the indigenous communities.

In addition to assessing the impact of new environmental policies, the analysis also looked at costs of reimbursing people for the loss of their lands in both countries. Those costs would range from hundreds of millions of dollars to more than $1 billion.

“We need to make evidence available that makes it clear that the woods are full of people, and it makes more sense to help them rather than kick them out,” White said.

“They are active protectors, you don’t have to pay a park guard, because they protect their forests, and that is what the world needs.”

Actually, what the “world needs” is a whole lot less meddling by global elitist nannies who operate under the assumption that they have inherited a right that most of us don’t have – the right to socially, physically and financially alter the planet to their liking (and always to their advantage). Like always, the meddling nannies won’t be affected one iota by the decisions, rules and “solutions” they seek to impose, by force of arms, on everyone else.

And the worst part is, the premise upon which these so-called solutions rest – that mankind’s modern life is causing the planet’s weather to change and its surface temperature to warm – is phony.

Countries don’t have to face a decision between displacing their own citizens and complying with rules even climate change believers say won’t accomplish anything; they can simply say no to them.