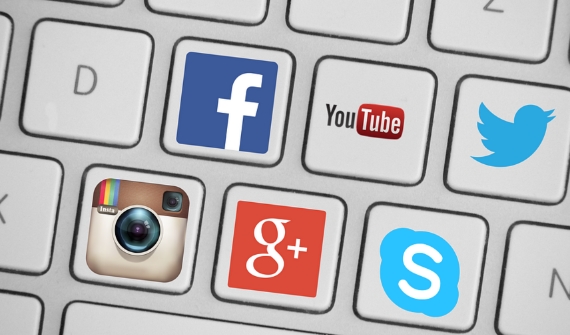 Some former “news curators” for social media giant Facebook admitted recently what many in the alternative media have thought for quite some time: That the company skews its news coverage to favor certain Left-wing political positions.

In an interview with Gizmodo, one of the curators – who remained anonymous – said that they routinely suppressed news stories that would have been interesting to conservative readers from the social network’s very influential “trending” news section.

The former curator said that workers prevented stories about the conservative CPAC gathering, Sen. Rand Paul, R-Ky. and 2013 Republican presidential contender Mitt Romney from appearing in the trending section though they were stories definitely trending among the site’s users.

In addition, several other former news curators, as they were internally known, also told Gizmodo they were instructed to artificially “inject” selected stories into the trending news module, despite the fact that they were not popular enough to be considered “trending.” In some cases, they said, injected stories were not trending at all.

In other words, Facebook’s news section operates like a traditional newsroom, reflecting the biases of its workers and the institutional imperatives of the corporation. Imposing human editorial values onto the lists of topics an algorithm spits out is by no means a bad thing—but it is in stark contrast to the company’s claims that the trending module simply lists “topics that have recently become popular on Facebook.”

The new allegations came after Gizmodo last week revealed details regarding the inner workings of the social media behemoth’s trending news team: A small group of young journalists, most of whom were educated at Ivy League schools or private East Coast universities and charged with curating the “trending” module on the upper-right-hand corner of the site.

Gizmodo reported earlier that curators have access to a ranked list of trending topics that are identified by Facebook’s algorithm, designed to prioritize stories that ought to be shown to Facebook users. Curators write headlines and summaries for each topic and story and then include links to news sites, which consider the “trending” section of the page some of the Internet’s most prized real estate because it helps decide what news Facebook’s users are reading at any moment.

“Depending on who was on shift, things would be blacklisted or trending,” said the former curator, who claimed to be politically conservative, one of a very small handful of curators with such views on the team. “I’d come on shift and I’d discover that CPAC or Mitt Romney or Glenn Beck or popular conservative topics wouldn’t be trending because either the curator didn’t recognize the news topic or it was like they had a bias against Ted Cruz.”

So troubled by the omissions the former curator kept a running log of them at the time. Topics on the list that were hidden or omitted from the trending section included former IRS official Lois Lerner, accused by Republicans in Congress of targeting Tea Party and other conservative groups that applied for tax-exempt status; Wisconsin Gov. Scott Walker, who was one of the 17 Republicans running for the party’s presidential nomination this year; popular conservative news aggregator the Drudge Report; the former, late Navy SEAL who was murdered in 2013; and former Fox News contributor Steven Crowder.

“I believe it had a chilling effect on conservative news,” said the former curator.

Another former curator, however, was much more direct.

“It was absolutely bias. We were doing it subjectively. It just depends on who the curator is and what time of day it is,” said the former curator. “Every once in awhile a Red State or conservative news source would have a story. But we would have to go and find the same story from a more neutral outlet that wasn’t as biased.”