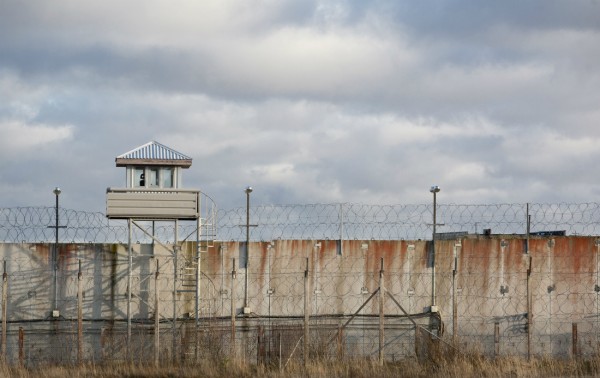 For years, members of the American patriot community have suspected that the government was building or maintaining so-called “FEMA camps” – institutions manned by the Federal Emergency Management Agency – to hold scores of government opponents and dissenters as part of a government crackdown on constitutionalists.

But, according to former intelligence community member James Wesley, Rawles, writing at Survival Blog, that’s not the case.

These rumors have been exacerbated, in part, by some of the federal government’s own actions. Large-scale exercises held on U.S. soil like REX-84 (Readiness Exercise-1984) and, more recently, Jade Helm 2015, have generated a number of discussions about such camps or the potential for them. In addition, as Rawles notes, such training has also created no shortage of speculation about whether Uncle Sam maintains a so-called “red list” and “blue list” of Americans that have been deemed troublesome, to be targeted for travel restrictions, legal harassment and perhaps even detention without due process.

“Because any such lists would presumably be developed and updated under the wraps of a security classification and the Need To Know rule,” he writes, “this topic is understandably rife with conjecture, speculation, and even downright fabrication.”

In his essay, Rawles attempts to clear up the confusion, based on his years of experience and inner knowledge of government.

“In my estimation, most of the chit chat on the Internet about ‘secret FEMA camps’ is highly sensationalized,” he explains. “Civil internment is probably the lowest priority of any of FEMA’s contingency missions, and some would describe it as an almost hypothetical contingency.”

In fact, he says, FEMA’s core mission isn’t disaster relief – it’s ensuring Continuity of Government, or COG, following some sort of external attack or other widespread disaster that threatens to disrupt core government functions. So key is this mission, that if FEMA’s budget were ever severely cut, the COG portion would be the last thing ever defunded (if at all).

FEMA discusses its COG mission under “National Continuity Programs,” and Rawles says the agency prefers the term Continuity of Operations (COOP) to COG. The former term is also preferred by the Department of Homeland Security, under which FEMA falls.

FEMA provides continuity services, not only for FEMA, but also for the entire Federal government, across the Nation, for common and asymmetric threats alike. It is essential for FEMA to maintain high-performance continuity services in the form of exercises, planning, standards, training, communications, and resiliency measures.

There were additional descriptive clues as to the agency’s COOP mission elsewhere in the same document, including this passage:

NCP is responsible for ensuring Federal, State, local, Tribal, and territorial governments are capable of performing their essential functions during any situations that may disrupt normal operations.

Rawles notes that in recent years the agency’s Disaster Relief Fund has consumed much of its annual budget ($7 billion of a little more than $10 billion overall). As for the remaining $3-odd-billion, he says the agency spends that money on a host of things, including “administration, training, and interagency liaison,” among others.

“Even though the big bunkers were built decades ago, still included in FEMA’s budget are many line items that relate to intelligence fusion, ‘national continuity’ and ‘continuity of operations,’” he says – the “big bunkers” being fallback positions for the federal government, where the president, members of Congress, key Defense and military personnel, and other officials, would go in the event of a nuclear attack, EMP disaster, cyberwar or some other cataclysmic event.

As for lists, Rawles says:

If anyone reading this is politically active and is an outspoken champion of personal liberty, then it is probably safe to assume that you are already on some sort of list, at least a “watch list”. … The key question is: what is your priority on those lists?

There is much more, and Rawles has a wonderful grasp of FEMA and its core functions. To read the entire essay, click here.