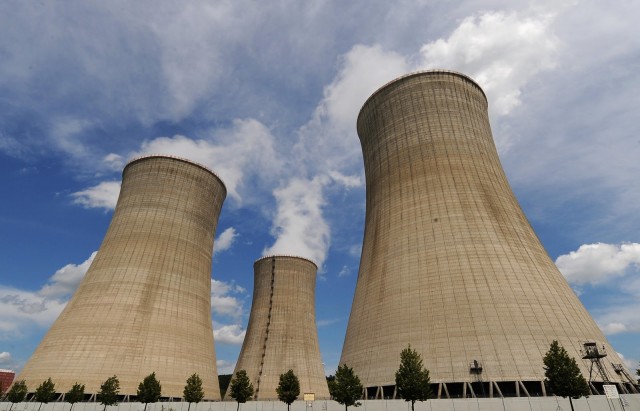 Americans are divided on practically every issue, both big and small. While the nation has been enthralled over whether transgender people should be able to use their bathroom of choice, three nuclear disasters brewing in America’s background have gone virtually unnoticed by the mainstream media.

One nuclear disaster awaiting to make national headlines is a fire at Bridgeton Landfill in Missouri, which has been burning for five years. In spite of this prolonged period of time, officials have not been able to contain the fire. The situation has grown so dire that St. Louis County officials have contrived a backup plan as the fire approaches the nuclear waste dump.

It’s been a year since the country first recognized that the fire would reach the West Lake Landfill, a storage pit for toxic sludge leftover by the Manhattan Project and the Cold War. Although the EPA has been in charge of the site since 1990, they have not taken significant strides in cleaning up the nuclear waster.

The EPA declared last December that they intended to build a wall to stop the fire from reaching the nuclear waste dump. However, it has taken more than a year for the project to get underway, and residents are growing angry about the slow and tedious process. The project has not even started yet and was just recently finalized, reports Natural Blaze.

In addition, there are two other nuclear reactors in the United States that have been leaking over the last several months. One nuclear power plant based in Turkey Point, Florida was discovered to have been spilling contaminated water into the Miami-Dade County’s Biscayne Bay. The pollutant has the potential to disrupt a delicately balanced ecosystem.

The power plant is also contaminating drinkable water. Saltwater plumes stemming from the power plant are bleeding into the the groundwater.

“We now know exactly where the pollution is coming from, and we have a tracer that shows it’s in the national park. We are worried about the marine life there and the future of Biscayne Bay,” explained Laura Reynolds, an environmental consultant, to Natural Blaze.

Finally, a different nuclear reactor based in New York has been leaking since the new year after workers accidentally released contaminated water laced with the radioactive hydrogen isotope tritium. The incident caused a jump in radiation levels in the groundwater wells. The radioactivity in one well even increased by a whopping 65,000 percent.

This is the ninth reported spill to occur within the last year. Four of the spills were so bad officials had to shut down the nuclear facilities. These accidents have provoked fear among neighboring citizens. Nevertheless, government agencies have continued to downplay the severity of the accidents, while the mainstream media has drummed up transgender issues.

Some people feel the widespread media attention on North Carolina’s “bathroom bill,” which would not allow transgender people to use public restrooms with the gender they associated themselves with, is a scheme intended to divert Americans from issues that really matter. Whether the scheme is by design or not, it appears to be working. Let’s just hope it doesn’t blow up in our faces.