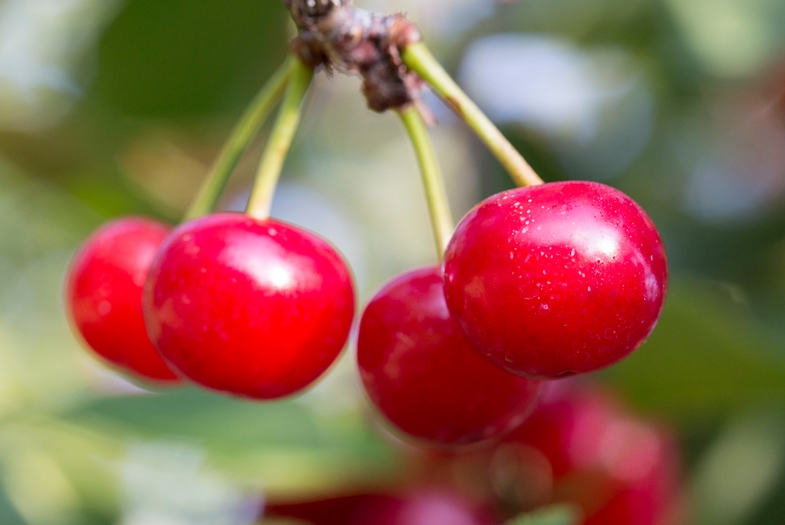 If you’re looking for another reason to drink cherry juice, look no further. A new study from Northumbria University, Newcastle, found that Montmorency cherry juice is just as effective at lowering high blood pressure as medication.

The results of the study, published in the The American Journal of Clinical Nutrition, discovered that men with early hypertension, otherwise known as high blood pressure, reduced their blood pressure by 7 percent after drinking Montmorency cherry concentrate, which is comparable to the effect achieved by drugs.

The research participants had a blood pressure reading of a minimum of 130/90 mmHg, and received either 60 ml, around two ounces, of cherry juice or a placebo cherry-flavored beverage. Blood pressure and blood samples were taken before the cherry drinks were consumed and again on an hourly basis afterwards. Approximately 15 people participated in the study.

The volunteers who consumed the cherry concentrate experienced a peak reduction in their blood pressure of 7 mmHg three hours after they drank the beverage. Participants who had the highest blood pressure reaped the most benefits from the cherry juice. The decrease in blood pressure was sufficient to reduce the risk of stroke by 38 percent or heart disease by 23 percent.

An alternative approach to mitigating hypertension

Lead author of the study and lecturer at Northumbria University in Britain explained in a press release:

“The magnitude of the blood pressure lowering effects we observed was comparable to those achieved by a single anti-hypertensive drug and highlights the potential importance that Montmorency cherries could have in the effective management of high blood pressure.”

Adding to these remarks, co-author Professor Glyn Howatson said, “This is the first study to investigate the acute effects of Montmorency tart cherry consumption on blood pressure, arterial stiffness and microvascular vasodilation in males with early hypertension.

“This exciting set of data complements a growing body of research to show that eating the right sorts of foods can provide potential health benefits.

“We believe these benefits might be linked to the combined actions of some of the plant compounds within the Montmorency concentrate and the positive impact they exert on vascular function.”

According to a previous study at Northumbria University, published in the European Journal of Nutrition, adults who drank cherry juice slept on average 39 minutes longer than participants who did not drink cherry juice. Other studies have revealed cherry juice can significantly ease painful side-effects latched to gout and help muscles recover following an intense workout. These benefits are likely due to the anti-inflammatory and anti-oxidative properties of cherry juice.