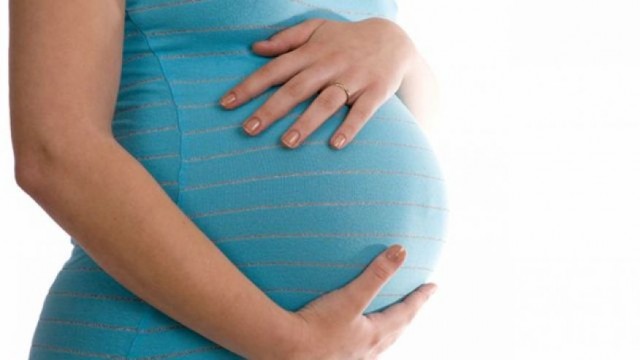 Expecting mothers are advised to get plenty of the nutrient folate to thwart the development of neurological problems in their babies, but a new study from Johns Hopkins Bloomberg School of Public Health indicates too much folate can increase the risk of children developing autism spectrum disorder.

Folate and folic acid are two terms used interchangeably, even though they are not one in the same. Folate is a naturally occurring vitamin called B9. Folic acid, on the other hand, is a synthetically derived molecule cooked up in a lab in the early 1940s. Folate is found in fruits and green leafy vegetables, whereas folic acid is used in fortified cereals, breads and vitamin supplements.

Participants in the study gave birth between 1998 and 2013. The researchers kept tabs on the participants for many years, checking the mother’s blood folate levels one to three days after delivery. The team discovered 1 in 10 women had what was regarded as an excess amount of folate, or more than 59 nanomoles per liter, and 6 percent had an excess amount of vitamin B12, or more than 600 picomoles per liter, according to a press release.

The World Health Organization (WHO) purports that 13.5 to 45.3 nanomoles per liter is a sufficient amount of folate for pregnant women in the first trimester. However, there is no agreed upon cut off line for sufficient vitamin B12 levels.

Most of the women in the study said they were consistently taking multivitamins, which would have contained folic acid and vitamin B12, during their pregnancy. The researchers were surprised by the high levels of folic acid in some of the women, which could have been caused by eating too much folic acid-fortified foods or consuming too many supplements.

Too much of a good thing?

“Adequate supplementation is protective: That’s still the story with folic acid,” said one of the study’s senior authors M. Daniele Fallin, PhD, director of the Bloomberg School’s Wendy Klag Center for Autism and Developmental Disabilities, in a press release.

“ We have long known that a folate deficiency in pregnant mothers is detrimental to her child’s development. But what this tells us is that excessive amounts may also cause harm. We must aim for optimal levels of this important nutrient.”

The researchers press the results of the study are preliminary, and additional work is needed to determine how much folate ought to be recommended during pregnancy. It has been typically thought taking too many vitamins is safe and that the body simply disposes the remaining excess. This might not be the truth with respect to folic acid and vitamin B12, however.

“This research suggests that this could be the case of too much of a good thing,” noted lead author of the study, Ramkripa Raghavan, MPH, MSc, a DrPH candidate in the Department of Population, Family and Reproductive Health at the Bloomberg School. “We tell women to be sure to get folate early in pregnancy. What we need to figure out now is whether there should be additional recommendations about just what an optimal dose is throughout pregnancy.