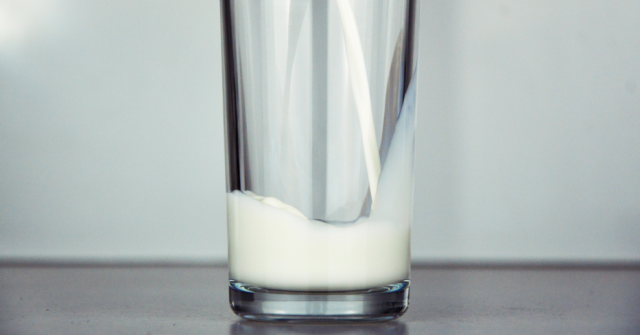 You better think twice about grabbing that carton of pasteurized milk during your next grocery trip. A study recently conducted by Harvard University showed that pasteurized milk products from factory farms may cause hormone-dependent cancers. Apparently, the concentrated animal feeding operations (CAFO) model of raising cows on factory farms churns out milk with dangerously high levels of estrone sulfate, an estrogen compound linked to testicular, prostate and breast cancers.

Dr. Ganmaa Davaasambuu and her colleagues specifically identified “milk from modern dairy farms” as the culprit, referring to large-scale confinement operations that milk cows 300 days a year, even while the animals are pregnant. Compared to raw milk extracted only during the first six months after a cow’s pregnancy, pasteurized factory milk was found to contain up to 33 times more estrone sulfate.

Evaluating data from all over the world, Dr. Davaasambuu and her colleagues identified a clear link between consumption of such high-hormone milk, and high rates of hormone-dependent cancers. In other words, contrary to what the U.S. Centers for Disease Control and Prevention (CDC), the U.S. Department of Agriculture (USDA), and that catchy milk advertisement would have you believe, drinking processed milk is not good for your health.

Don’t be fooled by Big Dairy and mainstream media’s colorful lies. Take a stand against the multimillion dollar dairy industry and keep yourself informed; always choose raw, organic milk from grass-fed cows instead of milk produced by industrial dairies. If you remain unconvinced by Dr. Davaasambuu’s Harvard study, there is a wealth of information on the health benefits of raw milk available at alternative news websites, such as Natural News.

Always choose clean, organic food. Raw, organic milk has long been proven to improve digestion, heal autoimmune disorders and boost overall immunity. Why choose the cancer-causing route when you can have this instead?