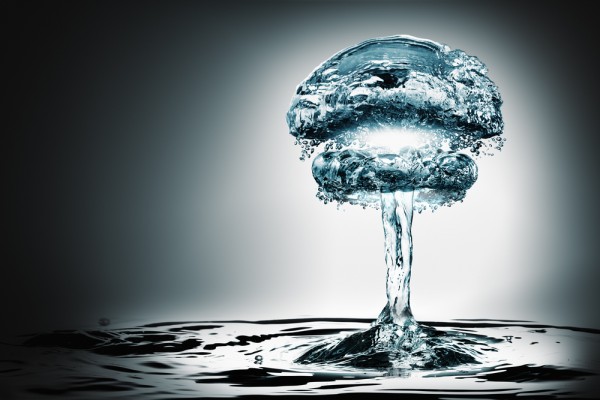 March 11, 2016 marked the fifth year anniversary of the Fukushima disaster. Although the Tokyo Electric Power Company (TEPCO) has taken strides to decommission the power plant, they have yet to locate the missing nuclear reactor fuel, suggesting the cores have completely melted into the groundwater.

In 2011, a 9.0 earthquake rocked the coast of Japan, which spurred a tsunami that crippled three nuclear reactors at the Fukushima Daiichi power plant. Since there was no water to keep the reactors cool, they began to overheat and melt.

The melted fuel rods gave off hydrogen gas, which caused all three units to explode. More than five years later, no one is sure how deeply the cores melted into the Fukushima site. Remote control robots can’t even withstand the dangerously high radiation levels.

Radiation on the rise

In addition to contaminating the surrounding air, water and soil, radiation bleeding from the power plant has tainted shipments of vegetables and fish. Even in 2016, there have been reports of radioactive tea and seafood shipped from Japan.

TEPCO and the Japanese government have continued to undermine the severity of the disaster, while the mainstream media has been virtually silent in regards to the ongoing debacle.

Arnie Gundersen, nuclear engineer and founder of Fairewinds Nuclear Energy Education in Burlington, Vermont, told media just a few days after the catastrophe that Fukushima was “Chernobyl on steroids.”

The reason for the comparison between Chernobyl and Fukushima is that the TEPCO nuclear reactors’ cores melted to the ground. More than five years later, many experts suspect the cores have melted through the concrete floors and contaminated the groundwater seeping into the power plant from nearby mountain runoffs.

At present, approximately 400 tons of groundwater flood the radioactive reactor basements each day. TEPCO’s only solution to the problem is to store the tainted water in a growing number of tanks. As of fall of 2015, almost 800,000 tons of radioactive water were being stored in more than 1,000 industrial tanks near the Fukushima site, reports Earthfiles.

Gunderson recently traveled to the Fukushima Prefecture for a month to gauge radiation levels in parking lots, sidewalks, grocery stories and nearby wildlife.

Commenting on the gravity of the situation, Gunderson said, “Scientists and engineers knew exactly where the nuclear core was at Chernobyl a year later. But not Fukushima! We’ve got three nuclear cores that are in direct contact with groundwater. Now that means the containment broke and water is coming in and there is contaminating the ground water. So, clearly the liquid releases from Fukushima are way, way more severe than Chernobyl.”