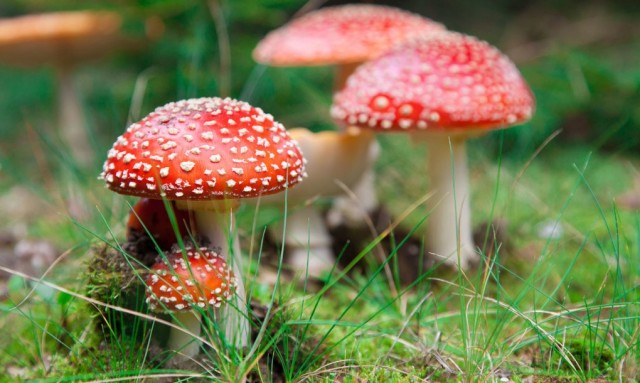 Magic mushrooms may be the magic cure for depression. According to a short study involving 12 participants, the psychedelic drug could help mitigate symptoms of depression, even among those in which conventional treatment options have proven ineffective.

All 12 patients involved in the pilot project, headed by Imperial College London, reported an improvement in their depression for a minimum of three weeks in wake of ingesting capsules harboring the drug psilocybin, a naturally occurring psychedelic compound in magic mushrooms.

The results of the study, published in Lancet Psychiatry, showed participants were still depression free three months after taking the capsules.

Down the rabbit hole

At the beginning of the trial, 9 of the patients had severe depression and 3 were moderately depressed. They had, on average, tried 5 different treatment options that did not work. One patient even experienced symptoms of depression for 30 years.

During the study, researchers gave participants a low dose of psilocybin to test for safety. The patients were then given the equivalent of 5 magic mushrooms, which was enough to make them trip on the hallucinogen for six hours, under the supervision of two psychotherapists.

According to Dr. Robin Carhart-Harris, who was involved in the study, “These experiences with psilocybin can be incredibly profound, sometimes people have what they describe as mystical or spiritual-type experiences. This isn’t a magic cure, but even so the effects at this stage do look promising.”

Dr. Carhart-Harris emphasized that the study was performed under close medical supervision and did not advise people to substitute their antidepressant medication with magic mushrooms.

“I wouldn’t want members of the public thinking they can treat their own depressions by picking their own magic mushrooms. That kind of approach could be risky,” he said.

Since the trial was neither randomly controlled nor blinded, the participants were aware of what they were ingesting. Because of this, the researchers note the results of the study are questionable. The team plans to conduct future trials to demonstrate the drug really works.

A psychedelic “trip” to happy town

Lead author of the study, Professor David Nutt, was fired from his job as the Government’s chief adviser on drugs in 2009 after he claimed ecstasy and LSD were not as harmful as alcohol. If these future trials prove successful and the drug is licensed, Nutt suggested people could take the treatment every three to four months under medical supervision.

“Instead of going to a spa three times a year, you would go to a clinic and have the treatment,” he said.

“It is estimated that 40 [percent] of the population get depressed at some point. If even 10 [percent] are treatment resistant, then it is going to be hundreds of thousands of people who will be potentially eligible,” he added.

Following in the foot trails of these remarks, study co-author Amanda Feilding added: “For the first time in many years, people who were at the end of the road with currently available treatments reported decreased anxiety, increased optimism and an ability to enjoy things.

“The burden of costs to the UK economy of depression is massively greater than any cost of this intervention. People will get back to work and it will pay for itself in a month,” she added.