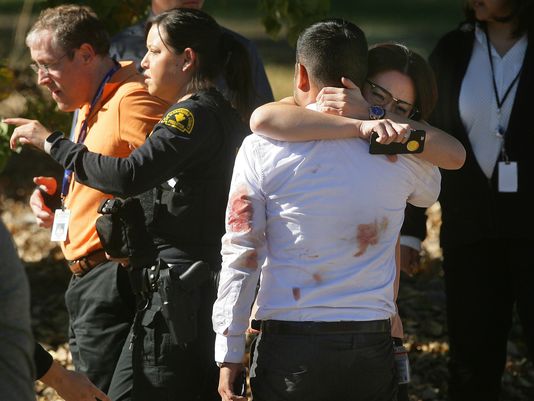 The leftist media continues to embellish statistics designed to convince Americans to give up their Second Amendment rights, but this time The Washington Post has gone so far overboard that even liberal bastion The New York Times felt the need to distance itself.

I’m referring to the claim made by the Post last that “The San Bernardino shooting is the second mass shooting today and the 355th this year.”

“At Mother Jones, where I work as an editor, we have compiled an in-depth, open-source database covering more than three decades of public mass shootings. By our measure, there [were] four ‘mass shootings’ [in 2015], including the one in San Bernardino, and at least 73 such attacks since 1982.”

Philip Bump, who writes for the Post, has created a definition of “mass shootings” so loose that it includes “gang fights and family disputes,” according to John Nolte at Breitbart.com.

“Bump isn’t only trying to take guns away from law-abiding citizens,” wrote Nolte, “he is playing Palace Guard for a White House desperate to distract from the fact that they have failed to keep the homefront safe.”

When even The New York Times finds it necessary to debunk a liberal media lie, you know it must have been a whopper…