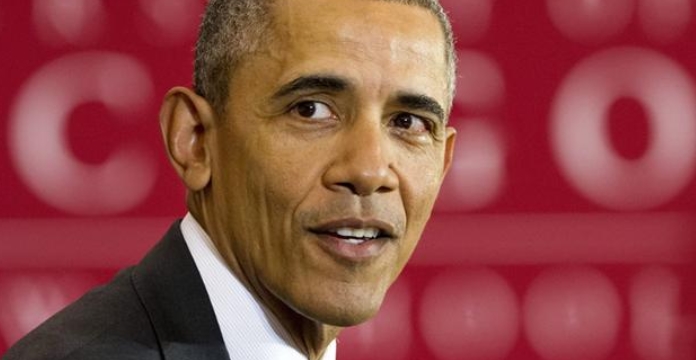 (BigGovernment.news) President Obama is making use of his dwindling time left in office to destroy what is left of economic opportunity in America, this time by imposing new overtime rules on businesses that can ill-afford them.

As reported by AMI Newswire, the move has drawn the ire of small business groups and other interested parties who see the carnage ahead and would love it if Congress, for once, would push back against the president.

The new overtime rules, announced Wednesday, redefine payment requirements for certain white collar workers. The Department of Labor estimates it could affect as many as four million salaried employees, giving them what the department says would be a “meaningful boost” in their take-home pay.

The rules, which go into effect, Dec. 1, 2016, raise the ceiling on wages qualifying for overtime pay from the $23,660 level set in 2004 to $47,476, and includes a provision that allows the income ceilings to be adjusted every three years.

Opponents, however, say employees will likely see few, if any, of the promised benefits.

In a letter sent to congressional offices on Tuesday, a coalition of 17 free market groups, including Americans for Prosperity, Americans for Tax Reform, and FreedomWorks, said the new overtime rules would result in workers losing their “salaried employment status and the benefits they depend on, like flexible work arrangements and health benefits.”

The groups said the effects would be especially bad for community providers offering individual care to the intellectually and developmentally disabled.

A study by Avalere Health, a Washinton, D.C.-based healthcare consulting firm, estimated the rules would cost those community providers more than $1 billion a year.

Avalere’s analysis also estimated the overtime rules could increased Medicaid costs as much as $388 million per year “due to individuals with [intellectual or developmental disabilities] losing access to services in the community setting and transitioning to the more expensive, institutionalized settings.”

Small businesses have been protesting the rules since last year.

In September, 2015, the Small Business Administration’s Office of Advocacy said small-business owners were worried the change would add “significant compliance costs and paperwork burdens on small entities, particularly to businesses in low wage regions and in industries that operate with low profit margins.”

“The high costs of this rule,” the agency added, “may also lead to unintended negative consequences for their employees that are counter to the goals of this rule.”

Some small-business owners suggested they may move salaried workers to hourly wages, and reduce both the hourly rate and hours worked to avoid overtime pay.

Opponents of the new rule urged members of Congress to support legislation by Sen. Tim Scott (R-S.C. ) and Rep. Tim Wahlberg (R-Mich.) that would, according to their letter, “nullify the Department of Labor’s proposed overtime regulation,” as well as require the Labor Department to “conduct a thorough economic analysis on how updating overtime rules would affect small businesses and take into consideration cost-of-living differences across the country.”