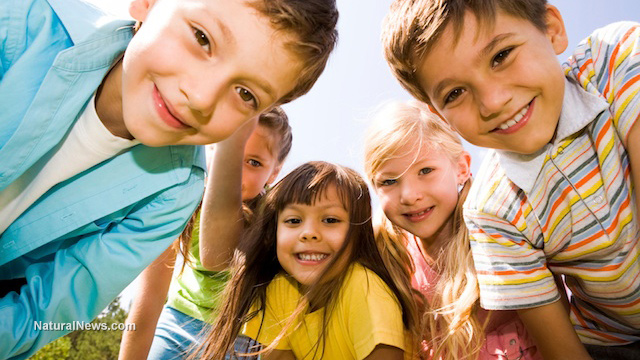 When Elizabeth Lauten, a former Republican congressional aide, wrote on her personal Facebook page what practically everyone and their mother was thinking about the poor demeanor of the Obama girls during the 2014 presidential turkey pardoning ceremony, she was browbeaten into resigning from her position, simply for exercising her right to free speech. But when left-wing rags like The Daily Beast and The Washington Post do the exact same thing – and oftentimes much, much worse things – to the children of Republican politicians, all bets are off.

It’s a common occurrence in the left-wing media, which has its own set of standards for Democrats that simply don’t apply to Republicans. The children of Democrats, claims the hypocrite media, are “off limits” when it comes to offering up political critiques of their parents. But when the children of Republicans are involved, it’s open season for any and all forms of vile, hateful rhetoric.

“The mainstream media’s coverage of this story is appalling,” was the response given by the Republican National Committee’s communications director, Sean Spicer, following the Lauten incident. “In over 20 years in politics I have never seen one of the countless inappropriate comments by Democrats ever covered to a [fraction] of this.”

The following are other recent examples that illustrate how the left-leaning media machine has abandoned all semblance of ethics, morality and decency, in the way it treats Republicans and their families:

1) The Washington Post portrays Ted Cruz’s daughters as monkeys. Can you imagine the unprecedented outcry if Obama’s daughters were drawn up as monkeys in a tasteless political cartoon? This is exactly what the Washington Post did to the daughters of Republican presidential contender Ted Cruz – and his daughters are only four and seven years old! Of course, nobody at The Post was fired for this classless act.

2) The Palin girls just can’t get a break from the vicious left. During the 2008 presidential campaign, Sarah Palin became the subject of a relentless smear campaign, including from The Atlantic, which libelously joked about the Palin family engaging in incest. The left-wing rag claimed at the time that Palin’s daughter Bristol was somehow the mother of her younger sister, Trig.

That same year, The Daily Beast described Sarah Palin using a sexually-explicit anagram that I won’t republish here. But suffice it to say that the phrase is the type of crude banter that one might hear in a high school locker room.

Not to be outdone in the hatred department, CNN also piped in with its own mockery of Palin’s daughter Bristol, who recently called the police to report a sexual assault. Before playing audio of Bristol’s desperate plea for help from police, CNN’s Carol Costello laughed and told her audience to “sit back and enjoy,” adding that it’s “quite possibly the best minute and a half of audio we’ve ever come across.”

3) Racist NBC mocks Mitt Romney’s black granddaughter. Two years back, Massachusetts Governor Mitt Romney became the subject of vile ridicule over his adopted grandchild. The boy, Kieran Romney, just so happens to be black, which should be of no concern to the “colorblind” left that’s constantly accusing the right of being racist.

But NBC News’ Melissa Harris-Perry couldn’t contain her hatred for the Romneys, and the guests featured on her show couldn’t either. In the background of the segment, panelist guest Pia Glenn performed a tasteless parody of the “Sesame Street” song, joking that the black child doesn’t belong in the white Romney family.

Also piping in, Dean Obeidallah responded to a picture of Kieran with the Romneys by claiming that their adopted grandchild is somehow the “token black character” of the Republican party. As per usual, none of these lowlifes were punished, demoted or fired for taking aim at the Romneys in this manner.