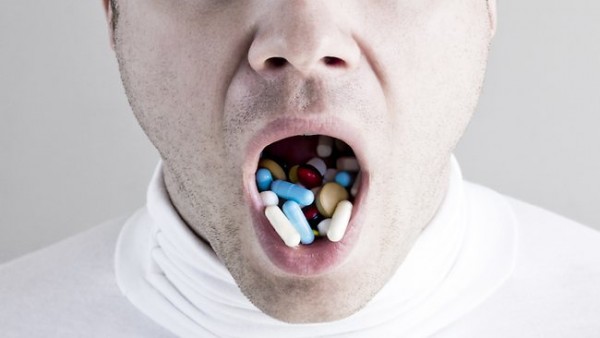 To say that America is experiencing mental health and opioid drug epidemics is an understatement. And while the problem has been building for some time, the Obama administration has done next to nothing to address it and, some say, may have even made it worse through inaction.

According to the Centers for Disease Control and Prevention, the rate of heroin-related overdose deaths alone has nearly quadrupled between 2002 and 2013, with more than 8,200 deaths in 2013 alone, says Dr. Manny Alvarez in a column for Fox News.

Though opioids are all around us and the abuse rate is soaring even higher, Alvarez nevertheless believes there is one presidential contender not named Hillary Clinton who is the best one to tackle the problem.

“If we do not act quickly to get a handle on these issues, they will endanger our future generations to come. I know that the solutions will require input from physicians, pharmaceutical companies, health care workers, church leaders and the like, but we will need the voice of a true unifying leader to make any one policy work. I believe that voice is Republican presidential candidate Donald Trump,” he writes.

He noted that before he is attacked for saying that Trump is the best guy to tackle the problem, Alvarez wants to point out that Trump stood with Maine Gov. Paul LePage in blaming Obama’s intentionally lax southwestern border security for amplifying the problem. Trump has said that his immigration policies would result in far less heroin getting into the country and reaching our cities and small towns. And he said the same thing ahead of the New Hampshire primary, which he won handily.

“At a rally in Iowa, a father whose son died two years ago from a heroin overdose in upstate New York asked Trump how he would stop the drug from spreading. He told the man that his plan to build a wall will stop heroin from ‘pouring across’ the border, and that the greatest thing the country can do to honor his dead son is to work to get addicted people off of the drug,” Alvarez wrote.

While many have either criticize Trump’s plan to build a border wall or scoff when they hear it, understand that he has said he plans to do so since the day he declared for president – and he continues to say so (while adding that Mexico will pay for it). But he won’t just build the wall and walk away; his plan comes with additional security measures and better intelligence.

“I agree with Trump, and I, along with the father who asked the question, believe that he is going to be the man that’s going to help stop the infiltration of heroin and other drugs into this country,” writes Alvarez. “It is ignorant for us to argue that border security issues are not largely contributing to the drug crisis. It seems like every week a new tunnel is discovered or haul of drugs is seized by border security, and let’s not forget about what snuck by before we were on high alert.”

Americans who live along the border will tell you that the drug smuggling, especially, has ramped up. It’s as if the cartels south of the border, the ones that Mexico can’t and won’t get a handle on, are operating across our borders with impunity. It’s like they know that Obama is intentionally looking the other way – either to pad Democratic voter rolls or just to create chaos – and they are taking full advantage while they can.

Alvarez also notes that the red tape correcting an issue before it is confronted and surmounted is also enormous, and that would also be true of any policy addressing the current opioid and heroin epidemics. But here again, Trump is the only candidate still running who has promised to address the problem of federal bureaucratic overregulation.

But Alvarez notes that the slow pace of correcting such problems also falls on Congress.

Still, he remains hopeful that Trump will be the one to finally put an end, at least, to the epidemic of opioid abuse.

“I believe that Trump is the type of manager who, through his business experience, has learned to listen, and then very quickly execute an idea to get immediate results. He’s also a great delegator, and knows how to choose the right people to formulate the best team possible. This is exactly the type of commander that the war on drugs will require,” he wrote.