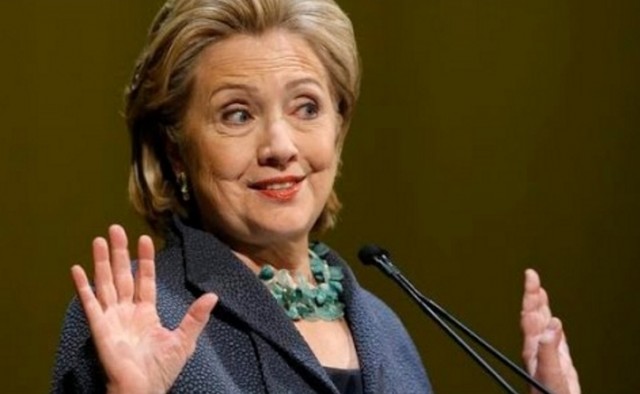 If a person doesn’t lie, there is no need to change a testimony or strike it from the record. In the Hillary Clinton camp, this concept is turned around. She lies, then hires a group of sycophants to troll public byways thus ensuring her lies are transformed into the truth, and her murderous, treasonous ways are whitewashed as patriotic. Her most recent attempt to hoodwink the American public is clearly demarcated on a quaint little Orwellian website called Correct the Record. This Clinton Super Pac is a well-oiled propaganda machine that churns lots of false words to sound true, and hires top notch professionals with no conscience. Antimedia reports:

“‘While Hillary Clinton fights to break down barriers and bring America together, the Barrier Breakers 2016 digital task force will serve as a resource for supporters looking for positive content and push-back to share with their online progressive communities, as well as thanking prominent supporters and committed super delegates on social media.

“‘Correct The Record will invest more than $1 million into Barrier Breakers 2016 activities, including the more than tripling of its digital operation to engage in online messaging both for Secretary Clinton and to push back against attackers on social media platforms like Twitter, Facebook, Reddit, and Instagram…

“‘The task force staff’s backgrounds are as diverse as the community they will be engaging with and include former reporters, bloggers, public affairs specialists, designers, Ready for Hillary alumni, and Hillary super fans who have led groups similar to those with which the task force will organize.’”

One of the more disgusting things on this new dystopian website is a graphic of Hillary Clinton attempting to look like a flower child, rather than a murderer: 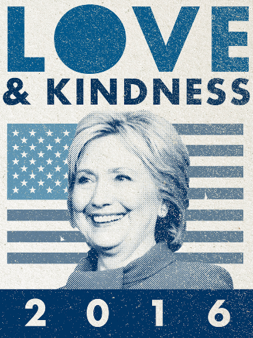 I just ate a delicious lunch of clean, robust non GMO food, so I hope I can keep it down after looking at that picture.

Seems to me that it would be appropriate to pull in a real expert to set the Hillary record straight. Someone who doesn’t lie or hire internet propagandists. That would be Ray McGovern, a 27 year long CIA agent who used to bring the daily briefing to the first Bush in the White House. His take is entitled “Hillary Clinton and the Gender Card,” as reported in Counterpunch:

“If there is a Hell, I could visualize a special place for both men and women who operate with the cold-blooded, unfeeling cruelty toward victims of American power. What brought this to mind was the way Clinton exulted shortly after getting word that Muammar Gaddafi had been killed.”

“Clinton has consistently been onboard such neocon bandwagons, famously voting for and supporting the Iraq War as a U.S. senator…

“As Secretary of State, Clinton supported the 2009 coup in Honduras that ousted a relatively progressive president who had offended powerful corporate and oligarchic interests…

“In 2011, Clinton tipped the balance in convincing Obama to support the Western invasion of Libya… [Obama] recently expressed open regret over the aftermath of the U.S. military involvement championed by Secretary of State Clinton, calling it the ‘worst mistake’ of his presidency…

“Clinton also has voiced excessive hostility toward Iran, heightening the confrontation during her years as Secretary of State and threatening to renew it if she becomes President.”

Love and kindness, her poster says. War, pharmaceutical mayhem and death is what she really stands for. And worse.