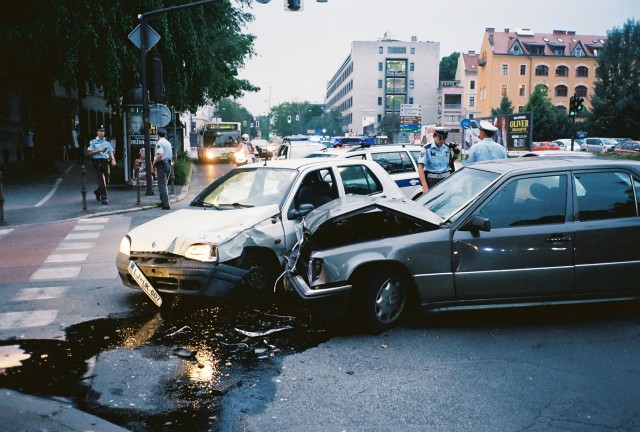 This story is supposed to be about a women flying down the highway over 100 miles per hour and plowing into another vehicle, whose driver is now brain damaged. Even more egregious, the driver that caused the crash was allegedly grabbing a photo via her Snapchat app. But maybe she wasn’t, according to WFSB.com:

“A lawsuit filed in Spalding County claims Snapchat tempted a woman to drive too fast, causing a major crash. But CBS46 tracked down a witness who said the lawyers have it all wrong.

“Henry Williams is one of three other passengers who were in the car when the crash occurred in September. He said he was sitting right beside Christal McGee, the young lady named in the lawsuit for Snapchatting behind the wheel.

“All the proof we’ve seen so far of McGee using Snapchat that night is a selfie she took from the ambulance stretcher… but that was after the crash.

“It’s Williams’ opinion the plaintiff, not the defendant in the Snapchat lawsuit, is the one who caused the crash. ‘He pulled out in front of us, and instead of speeding up, he never speeded up,’ said Williams.

“According to the official police report, Lovejoy police never blamed either driver for causing the crash, and never accused anyone of speeding. Lovejoy police said their investigation is not over, and they had nothing to do with creating the theory that Snapchat is responsible for the accident.”

So, if there was no Snapchat used, why is there a law suit? For one reason, the lawyers are itching for them.

As reported by WFSB.com:

“It turns that out law firms all over the country have had their eyes on Snapchat’s ‘speed filter’ for a while, and they’re actively looking for cases they can use as an excuse to sue the multi-billion dollar company… law firms [are] soliciting this idea from coast to coast.

“CBS46 asked Williams if anyone in the car was using Snapchat the night of the accident.

So, lying is one element of this story. A big element. Consider the interests. Self driving cars aren’t mainstream quite yet, but they are forthcoming, for our own protection of course. And then there’s the larger theme. The transference of guilt, a human state, onto a digital application, as if it had some sort of autonomous way to determine right from wrong. Media chatter concerning culpability of a computer application gives a gloss of moral credence to the 4th industrial revolution, a bio-synthetic, genetically enhanced transhuman utopia. Fast forward to technological subservience where a “computer consciousness” will make decisions about your usefulness as an eater. And, while the beast determines your future, bow down.

And if a lawsuit does continue, even under the auspices of lies, expect national discussions about personal responsibility of humans in a technologically driven world. This leads to more discussions, philosophizing and scientific jargon about singularity and how important it is to just accept our fusion of digital, physical and biological worlds. Contrived lawsuits can create global social engineering waves. Soon, and very soon, the specifics on the legal rights of robots will most likely be spelled out.

But in the meantime, I’m going to be driving my twenty year old chariot of fire and take personal responsibility on the highways and byways. I don’t want robots, chips, iPhones or apps to track my whereabouts. Who in their right mind wants the prison of a driverless car controlled by robot bureaucrats?