Health alert: Dawn of the incurable SUPERBUG has arrived 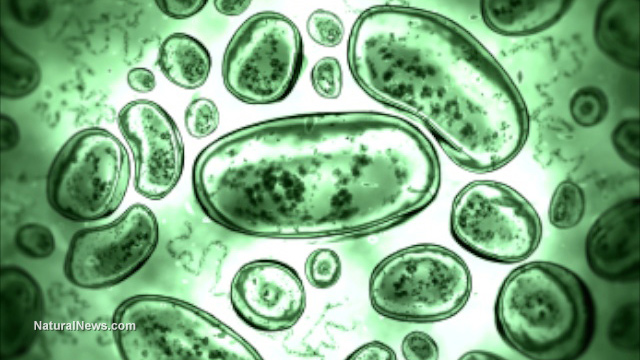 (Bugout.news) For years health experts, especially holistic and alternative medical professionals, have been warning that traditional medical practitioners, in cahoots with Big Pharma, were over-prescribing antibiotic medications, and that someday, because too few listened, that would lead to the creation of a “superbug” that no antibiotic could kill.

Well, that day has arrived.

It should be noted, first and foremost, that it’s not as if superbugs have not existed before today and have not killed people. As you can see on PharmaDeathClock.com, superbugs have killed millions of people. But those bugs, eventually, would finally succumb to a last-ditch mega-antibiotic called colistin.

As reported by The Washington Post, researchers, for the first time, have found someone in the U.S. who is carrying a bacteria that is totally resistant to antibiotics of last result – a development that is alarming public health officials including the head of the Centers for Disease Control and Prevention, who said this development could mean “the end of the road” for antibiotics.

The antibiotic-resistant strain was found last month in the urine of a 49-year-old Pennsylvania woman. Defense Department researchers determined that she carried a strain of E. coli resistant to the antibiotic colistin, according to a study published Thursday in Antimicrobial Agents and Chemotherapy, a publication of the American Society for Microbiology. The authors wrote that the discovery “heralds the emergence of a truly pan-drug resistant bacteria.”

Health officials acknowledge that colistin in the antibiotic of last resort for very dangerous strains of superbugs, including a family of bacteria known as CRE, which health officials have dubbed the “nightmare bacteria.”

In some cases these superbug strains kill as many as 50 percent of the patients they infect. The CDC has said CRE represents one of the nation’s most urgent public health threats.

This threat has been evolving for some time now, thanks to the overuse of antibiotics – part of the blame for which has to go to parents themselves, millions of whom have insisted that their primary care provider give them or their children somethingfor their illness, even if an antibiotic was never indicated.

In 2010 NaturalNews reported that researchers discovered a dangerous new gene that turned any bacteria into a superbug:

Researchers have discovered a gene that makes bacteria resistant to nearly every known antibiotic — and it has the capability to transfer between bacterial species.

“We are potentially at the beginning of another wave of antibiotic resistance, though we still have the power to stop it,” said Christopher Thomas of the University of Birmingham who was not involved in the study.

In March 2013, NaturalNews founder and editor Mike Adams, the Health Ranger, was among the nation’s first voices to note that antibiotic overuse was essentially going to lead to the next global pandemic:

[T]he governments and medical institutions of the world have, for an entire century, suppressed the natural antibiotics cures that can very effectively kill superbugs. Natural remedies like colloidal silver, aloe vera, garlic, medicinal herbs and high-potency nutritional therapies have been attacked, censored and criminalized. This has left the population with a problem that’s best stated in three parts:

1) A wave of antibiotic-resistant superbugs is accelerating toward humanity.

2) Big Pharma has run out of chemicals to treat them.

The result is that the people are left with no solutions other than to lay down and die.

And just a few days ago, we reported what few others had noticed: That superbugs had slowly, steadily advanced across the United States, and that the pandemic Adams predicted had come closer than ever:

Superbugs are slowly taking over our world. Unless we take action, common infections could turn into unstoppable killers. Some experts claim that drug-resistant bacteria may end up being deadlier than cancer when all antibiotics start to fail.

The one superbug everyone feared is here, folks, in our country. And it is here now. The traditional medical community doesn’t know what to do about it.