Uncensored and Independent Media News
Home
Health Freedom
Second Amendment
Prepping
Survival
Censorship
Subscribe
SHOP
Popular Articles
The greatest crimes in history are not committed by those who break the rules but by those who follow the rules
06/01/2016 / By D. Samuelson / Comments 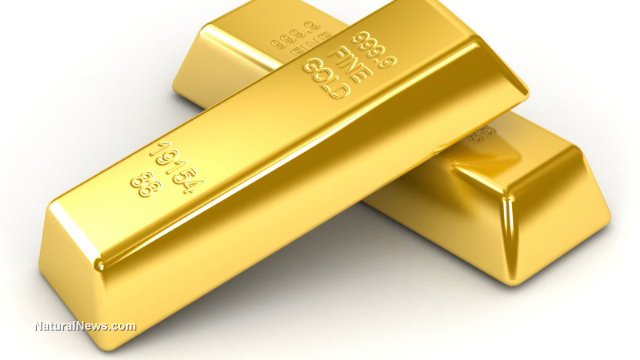 At the tender age of seven my father asked me if I knew the Golden Rule. “Sure,” I responded. “Do unto others as you would have them do unto you.” His tight-lipped somber smile and arched eyebrow indicated that I was right, but I was also wrong. Dad had been a U.S. Navy’s gunner’s mate in World War 2. At eighteen, he defended his ship from Kamikaze pilots amidst the waters near Japan. This shaped his larger, more worldly understanding. He took a deep breath before giving me a life lesson. “That’s the spiritual way of understanding and that’s good. But in this world, the golden rule goes like this; he who has the gold makes the rules.”

I was reminded of my youthful exchange while reading Bill Buppert’s insightful article about willful submission to illegitimate authority. My dad was right. The brotherhood of darkness still controls the gold of banking and Wall Street, the food supply, media, education, Congress, the UN, WHO, WTO, trade policy, tax codes, the pharmaceutical industry, the Pentagon, the every other agency I don’t have the space to list. And, as Mr. Buppert points out, America is on the path to a Fourth Reich:

“The US Federal government through its satraps and political goons in Nevada just crowd-sourced and thug-scrummed fourteen folks from the Bundy circus in 2014. The prosecution complex at the beck and call of the DC Orcs will print out reams of charges and indictments to bury these hapless souls in… The massive Stasi-like scheme to make preemptive speech and behavior actionable for kidnapping, fining and imprisonment under color of law is moving apace. Read the indictments carefully because more of the same and worse is coming.”

I took his advice. I read the indictments carefully. It was beyond Orwellian. Here, according to the U.S. Department of Justice, if you assisted Cliven Bundy to make his stand for his inalienable rights and Constitutional limits, you are guilty of the following:

“… One count of conspiracy to commit an offense against the United States and conspiracy to impede or injure a federal officer, and at least one count of using and carrying a firearm in relation to a crime of violence, assault on a federal officer, threatening a federal law enforcement officer, obstruction of the due administration of justice, interference with interstate commerce by extortion, and interstate travel in aid of extortion.  The indictment also alleges five counts of criminal forfeiture which upon conviction would require forfeiture of property derived from the proceeds of the crimes totaling at least $3 million, as well as the firearms and ammunition possessed and used on April 12, 2014.”

Let’s compare those folks who were protesting at the Bundy Ranch to the crimes of those who “own the gold.” Here’s a very short list — 9.11. Iraq, Afghanistan, Benghazi, Fast and Furious, NSA, Funding ISIS, GMOs, Agenda 21, Mandatory vaccinations, Operation Paper Clip, Vatican ignored pedophilia, Freddy Gray, The war on drugs, Private prisons. Remember, I said this is a very short list.

As to the growing list of “illegal” laws that are instilled by fear, Buppert is clear where this is heading:

“The US government is seemingly in the throes of a coup that is exponentially creeping and expanding into what was formerly a fairly autonomous province. Every sector and branch of human transactions that are palpable in this mortal coil is now being subject to regulation, taxation or both. With no authority whatsoever, entire swaths of American society are being subsumed under Leviathan state.”

Frederic Bastiat, a French economist and journalist wrote his classic treatise The Law in 1850. He proclaims that when plunder is organized by those who make the laws, the populos must make a choice:

“When law and morality contradict each other, the citizen has the cruel alternative of either losing his moral sense or losing his respect for the law. These two evils are of equal consequence, and it would be difficult for a person to choose between them.”

Of greater concern is when a nation’s people have lost their moral sensibility and thus have no discernment between good and evil.  This is America, whose Torah origins have been traded for a mess of pottage. Soon, very soon, you’ll be forced to decide who to serve.