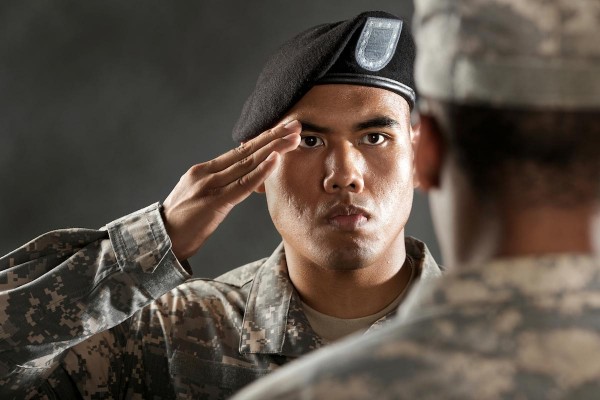 In-vitro fertilization (IVF) is an expensive procedure and most insurance companies don’t cover it. In addition, government/taxpayer-supplied health insurance like Medicaid doesn’t either, but according to the University of Colorado, “Medicaid does cover fertility testing and an initial consultation with a reproductive specialist.” Also, “a patient does not need a referral from a primary care doctor to seek these services.” And finally, “once pregnancy has occurred, Medicaid also covers care before and after childbirth.”

But if you’re wounded in combat, in service of your country, you get no help at all if you’re struggling with fertility.

As reported by NPR, the story of Matt Keil is emblematic of the problem wounded vets and spouses who want to have children face if the wound is serious enough to complicate traditional sex.

In 2007, midway through his second combat tour in Iraq, Matt got two weeks of leave and came home to marry his longtime sweetheart and fiancée, Tracy. With little time off and no time at all for a honeymoon, they got some things straight before he left – a conversation that only military members deploying to a war zone and their spouses ever have.

“I told her if you get a phone call that I’m injured, I’m probably fine,” Matt told NPR. “But if they come to the apartment or to your work in person, then I’m dead.”

And sure enough, six weeks later came the news – via a phone call, thankfully. A sniper’s bullet entered Matt’s body through his shoulder. It wasn’t until Tracy arrived at Walter Reed Army Medical Center that she found out additional information – that the bullet had nicked Matt’s spine.

“The doctor came in and told me he was paralyzed from the neck down, and he said it was a ‘Christopher Reeve’-type injury,” Tracy said.

They had plenty of questions and concerns about the future, especially whether or not they would be able to start a family. But early on that seemed like something they could address at a later date.

“They were kinda telling us we’re putting the cart before the horse,” Matt recalls. “You guys got to get through a whole hell of a lot of rehab.”

Still, time was running out for them but that wasn’t something they realized at the time.

To have children they’d need help: in vitro fertilization. But IVF is expensive, costing, on average, at least $12,000 per cycle of treatment, according to the American Society for Reproductive Medicine.

The Pentagon’s health care system for active-duty troops covers IVF for wounded soldiers like Matt Keil. The Department of Veterans Affairs for veterans doesn’t. By the time the Keils learned about the difference, it was too late.

“We were just swallowing the fact that he was never going to go back to work,” Tracy said. “But finding out that IVF wouldn’t be covered because we agreed to retire out so quickly, that was hard, because nobody told me that.”

Legislation passed in 1992 prevents the VA from paying for IVF therapy; some Americans oppose the procedure because embryos are often destroyed in the process.

The Keils’ only option would have been to have the procedure done right away after Matt’s injury, but that wasn’t something the couple was focused on at the time.

But they missed their window of opportunity.

Doing it on their own while lawmakers dither

For Matt, he was just coming to terms with the fact that current science limits the ability to rehabilitate a human body after a major injury to the spine. But his IVF limitations were put in place by Congress and then-President George H. W. Bush, who signed it near the very end of his term.

“This is a direct result of a combat injury,” Tracy laments. “Don’t tell me that his service wasn’t good enough for us to have a chance at a family. Because we’ve already lost so much. I just want to have a family with the man that I love and please don’t make this any worse than it already has to be.”

Some lawmakers are working on compromise legislation that would help wounded vets who want to start a family and cannot do so in the traditional manner, but the Keils didn’t wait. After being assisted by local veterans’ charities and the people of their community, they were able to seek IVF treatment on their own.

Their twins, Matthew and Faith, were born in 2010.