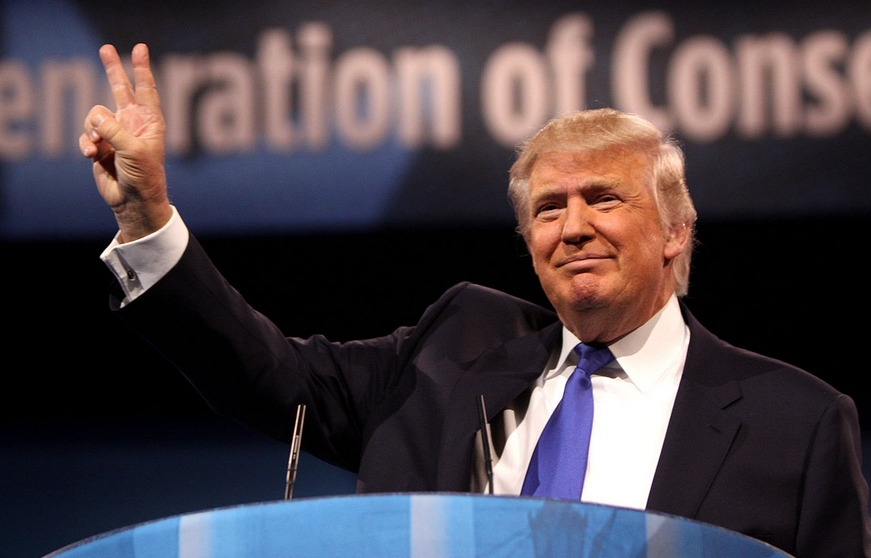 (Trump.news) GOP presidential front-runner Donald Trump said following the sudden death of constitutional originalist Supreme Court Justice Antonin Scalia that he would compile and announce a list of names of people he would consider nominating to replace him, and he has delivered on that promise.

As reported by The Associated Press, the list of potential nominees include:

Steven Colloton of Iowa, Allison Eid of Colorado, and Raymond Gruender of Missouri.

Also on the list are: Thomas Hardiman of Pennsylvania, Raymond Kethledge of Michigan, Joan Larsen of Michigan, Thomas Lee of Utah, William Pryor of Alabama, David Stras of Minnesota, Diane Sykes of Wisconsin and Don Willett of Texas.

The announcement comes as Trump works to heal divisions and bring together a fractious GOP following a rocky, testy nomination process in which he bested 16 other candidates to become the presumptive party nominee.

Trump first said in March that he planned to release the list of five to ten judges in an effort to ease concerns about his conservative credentials, which had come under attack in the heated Republican primary, the AP noted.

“I am going to give a list of either five or ten judges that I will pick, 100 percent pick, that I will put in for nomination. Because some of the people that are against me say: ‘We don’t know if he’s going to pick the right judge. Supposing he picks a liberal judge or supposing he picks a pro-choice judge,'” Trump said at an event in Palm Beach, Florida.

He said his eventual list would include judges “that everybody respects, likes, and totally admires,” who are “great conservative judges, great intellects, the people that you want.”

Trump had also said he would like to appoint judges in the mold of an originalist as Scalia, who died in February. Originalist justices tend to rule on cases based on the founding fathers’ original intent when they wrote the Constitution.

In the statement, he described Scalia as “a remarkable person and a brilliant Supreme Court Justice.”

“His career was defined by his reverence for the Constitution and his legacy of protecting Americans’ most cherished freedoms,” he added. “He was a justice who did not believe in legislating from the bench and he is a person whom I held in the highest regard and will always greatly respect his intelligence and conviction to uphold the Constitution of our country.”

In a statement, Trump said the list “is representative of the kind of constitutional principles I value” and said that, as president, he would use it “as a guide to nominate our next United States Supreme Court Justices,” the AP noted.

His campaign said that his list was compiled “first and foremost, based on constitutional principles, with input from highly respected conservatives and Republican Party leadership.”

Many in the Republican rank-and-file as well as the governing establishment have regularly noted that the next president may have the opportunity to fill as many as three Supreme Court vacancies as aging jurists retire. They say a Clinton presidency would be disastrous because she is likely to nominate candidates who are just as activist and liberal as those Obama has named. So Trump’s early release of nominees is seen as a way of calming fears that he might do the same.

Political watchers say the next few years could see justices nominated and appointed that would shape the high court for a least a generation. Advocates for gun rights, free speech, states rights, and privacy all have said a liberal Supreme Court would allow those rights, and others, to be eroded, while the power of the federal government, via the bureaucracy, would be enhanced.