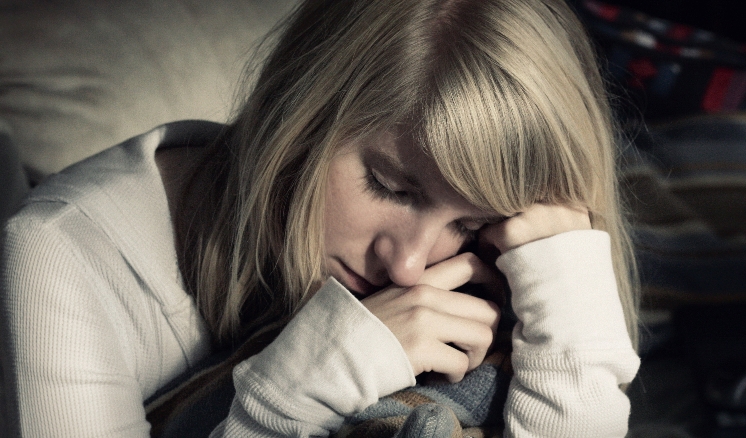 Have you ever visited the Big Apple and experienced the city’s cold shoulder? Well, it turns out that New Yorkers aren’t really just rude by nature, but instead are suffering from unusually high levels of depression, suicidal thoughts, and substance abuse problems; not exactly the vibe you’d expect from one of the world’s largest tourist attractions.

It could be the cold weather or the fast paced city life, or it could be that New Yorkers are just totally overmedicated.

One in five or 20 percent of New Yorkers suffers from some type of mental illness, according to a new report deemed the “white paper” that was released by the city’s Health Department, which highlights a disturbing trend not only in New York but across the country.

While NYC appears to be running rampant with mental illness, its rate for the disease is not much lower than the national average. About 26 percent or just under 60 million Americans over the age of 18 are mentally ill, according to the Kim Foundation, a non-profit dedicated to raising awareness about psychiatric disorders.[1}

“We have a set of public health issues that affect many people and affect them very deeply,” said Dr. Gary Belkin, a deputy commissioner for the city’s health department. “We know what we’re going to be doing, and over the coming weeks you’re going to be hearing about it.”

About 8 percent of adults living in New York City suffer from symptoms of depression each year, according to the report. But adults are not the only ones affected. The report also reveals that the same percentage of New York City high school students have admitted to attempting suicide.

Maybe de Blaiso should support a measure that would help kids and young adults get off unneeded and often harmful prescription drugs? Instead, teaching them about diet and encouraging citizens to make healthier choices, like exercising, getting outside and spending time with loved ones and pets.

After all, one in 10 Americans are on antidepressants and three in five are taking at least one prescription drug. The worse part? The trend doesn’t appear to be untrendy any time soon.[3]

Between 2000 and 2012, the number of those taking five or more prescription drugs nearly doubled!

If so many people are on prescription drugs (major trend in western cultures) or “medicine” as their doctors would call it, then why are people get sicker and sicker? And not to mention, more depressed?

A report [PDF] by Medco titled “America’s State of Mind,” reveals that as of 2010, more than 20 percent of women over the age of 20 are using antidepressants.[4]

The drugging of America’s women and children

Anti-depressants are the same drugs that have the ability (and often do) to cause some pretty horrific side-effects including committing murder! That’s right. It sounds extreme; however, if you visit the heavily researched website psychdrugshooters.com you’ll learn that there have been many, many cases of individuals committing heinous acts of violence against themselves and their loved ones (and many times without warning).[5]

For more on this, check out the story where a jury determined the popular anti-depressant drug Paxil was responsible for a man killing his wife, daughter and grandfather before taking his own life.[6]