Uncensored and Independent Media News
Home
Health Freedom
Second Amendment
Prepping
Survival
Censorship
Subscribe
SHOP
Popular Articles
If security borders are so bad, then why do we have the TSA at all? ‘Open borders’ pushers are living a massive contradiction
06/07/2016 / By JD Heyes / Comments 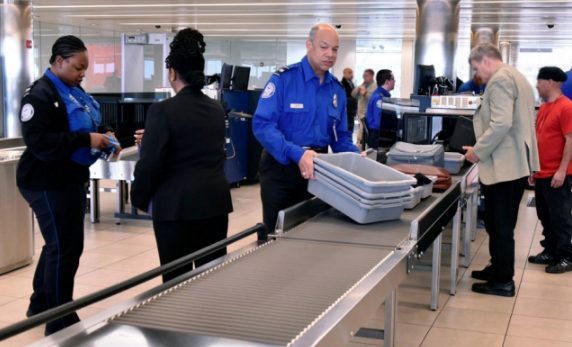 The Transportation Security Administration and, to a lesser extend the Department of Homeland Security – the massive bureaucracy the TSA falls under – have both been taking a lot of heat lately, from the general public and from Republicans in Congress.

Massive security lines at an increasing number of U.S. airports, which have basically cropped up only recently, are causing much angst among travelers, some of whom have reportedly had to endure long waits of 2–3 hours. So bad has the problem gotten in President Obama’s hometown that officials at Chicago O’Hare International Airport are warning passengers to arrive three hours early so they’ll have enough time to get through snaking security lines and make their flight.

TSA has since announced it will be sending extra officers to Chicago to help alleviate congestion and reduce wait times, but that doesn’t help the scores of other airports that are drowning in a sea of passengers due to what DHS Secretary Jeh Johnson says is a TSA personnel shortage.

But nowhere is the DHS failing more than at U.S. borders and, in particular, the Southwest U.S. border, seeing as how we’ve never had much of a problem with illegal Canadians fleeing oppression, drug cartels and massive government inefficiency and corruption.

The U.S. Border Patrol, Customs and Border Protection and Immigration and Customs Enforcement, all of which also fall under TSA, are being ordered by the highest levels of government (think the Oval Office) to essentially either ignore the flood of illegal aliens over the border or release them immediately, so they can try again a day or two later to illegally cross into the U.S.

All of this boggles the mind of a rational human being. On the one hand, the Left (and not a few Libertarians) scream, “Open borders! Open borders!” or that even though we’re a sovereign nation we shouldn’t have any borders at all, while at the same time insisting that we can’t survive as a nation without agencies like the incompetent and chronically understaffed big government TSA.

American leftists constantly live in a fantasy world that is full of contradictions and hypocrisies just like this, and that is especially true when it comes to the TSA. Most couldn’t care less if the Border Patrol – the first line of ground defense against terrorist infiltrations, by the way, isn’t allowed to intercept illegal aliens, since Leftists will argue that Americans aren’t anything special and any effort to protect our borders is bigoted, racist, mean-spirited, etc.

But this love for the TSA is really baffling. This is the agency that can’t pass a security test of its own capabilities; whose security officers love to look at you naked as you pass through their revealing but worthless scanners; and hires sociopaths and pedophiles, according to a former employee.

“It’s because they help stop terrorists, dummy,” the Leftists dryly reason, looking at you as if you were something they scraped off of the bottom of their shoe.

An internal investigation of the Transportation Security Administration revealed security failures at dozens of the nation’s busiest airports, where undercover investigators were able to smuggle mock explosives or banned weapons through checkpoints in 95 percent of trials, ABC News has learned.

The series of tests were conducted by Homeland Security Red Teams who pose as passengers, setting out to beat the system.

According to officials briefed on the results of a recent Homeland Security Inspector General’s report, TSA agents failed 67 out of 70 tests, with Red Team members repeatedly able to get potential weapons through checkpoints.

Yet, we remained burdened with this hapless, helpless agency.