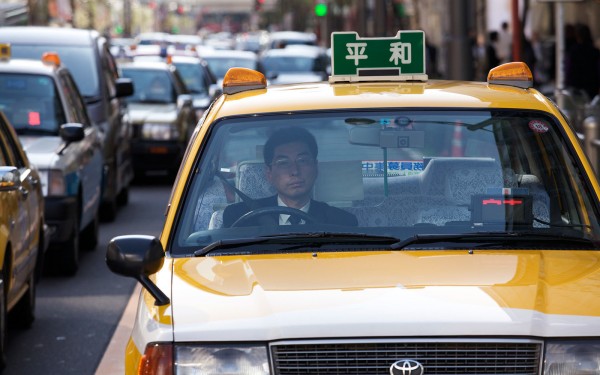 Toxic sludge continues to spew from the Fukushima power plant more than five years after the catastrophe, but it’s not just radiation that is haunting the Prefecture. Taxi drivers working in towns in north-east Japan have reported encounters with ghostly victims of the Fukushima debacle.

The seven men were among 100 taxi drivers who were interviewed by Yuka Kudo, a student of sociology at Tohoku Gakuin University, as part of her graduate project, reports the Telegraph.

All of the reports follow a particular thread. Taxi drivers pick up passengers in an region that was plagued by the tsunami. The driver asks for a destination to which the passenger gives an incoherent answer, and then quickly disappears.

One taxi driver in his 50s recounted his haunting experience to Ms. Kudo. He said a few months after the disaster, a woman climbed into his taxi near Ishinomaki Station. When she requested to go to the Minamihama district, the driver replied, “The area is almost empty. Is it Ok?” The woman then asked if she had died. When the cabbie turned around, no one was there.

Another taxi driver reported a similar story, except the ghost appeared to be a male in his twenties. When the taxi driver arrived at the requested destination, he discovered the backseat of the cab was vacant.

Ms. Kudos’ investigation suggests the men sincerely believed that they were picking someone up, since in each case, they started their meters before the ghosts vanished. Some of the drivers documented the incidence in their log books. All of them reported that the ghosts seemed to be young.

“Young people feel strong chagrin [at their deaths] when they cannot meet the people they love,” Ms. Kudo told sources. “As they want to convey their bitterness, they may have chosen taxis … as a medium to do so”.

None of the drivers said that they were frightened by the ghosts. Rather, they considered their encounters to be experiences worth treasuring. One driver said, “It is not strange to see a ghost here. If I encounter a ghost again, I will accept it as my passenger.”

Taxi drivers are not the only ones to report seeing ghosts across Tohoku. There have been multiple reports of ghosts lurking in vacant residential districts and outside stores that do not exist anymore. Some people claim that exorcists can help people who see headless ghosts, or bodies missing various ligaments.

“Through the interviews, I learned that the death of each victim carries importance. I want to convey that to other people,” Ms. Kudo concluded.