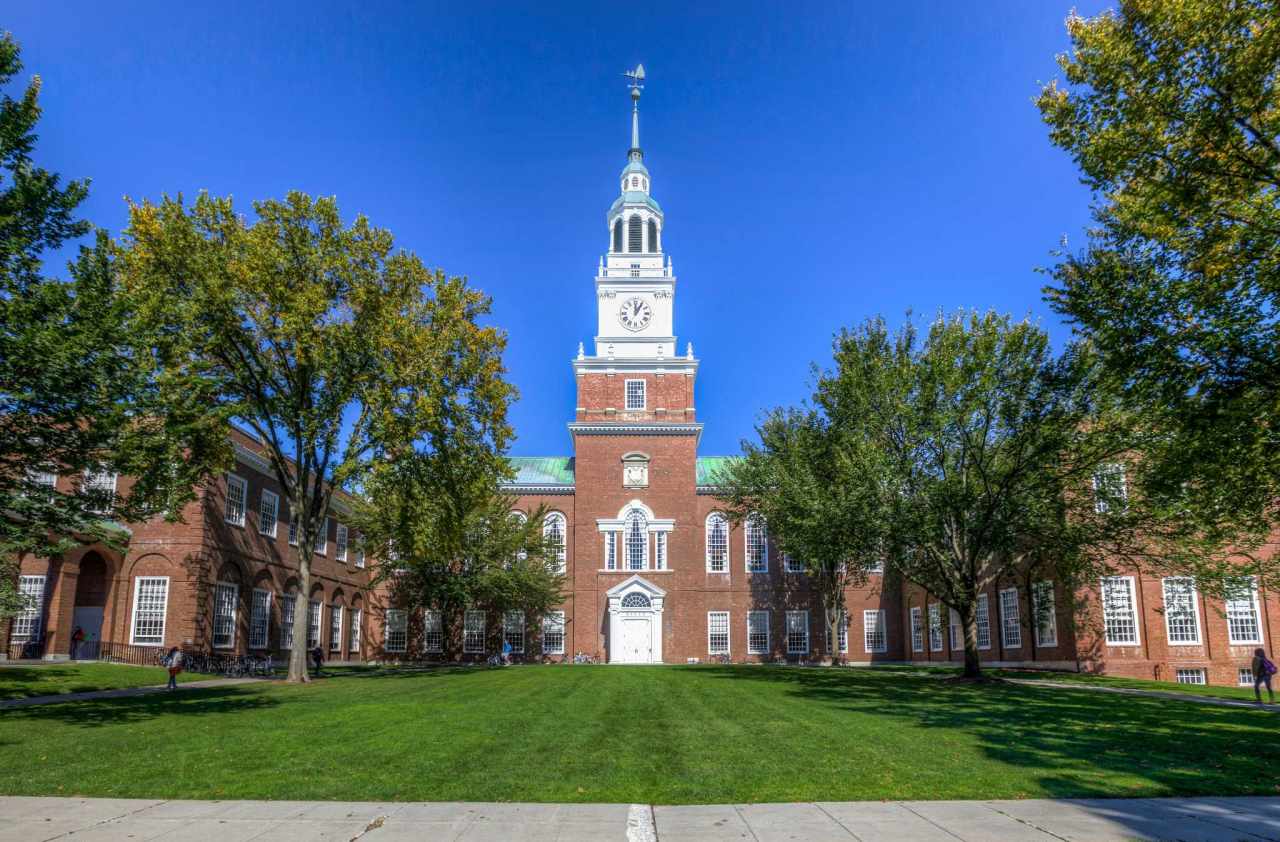 (Freedom.news) The far Left has long taken over most American institutions of higher learning, but increasingly more and more students are not only rejecting that political philosophy, they are rejecting the authoritarianism and micromanagement that comes with it.

And so, in a recent letter to school administrators at Dartmouth College, some 1,500 students said they would appreciate it greatly if the institution’s leaders would stop being so spendthrift on non-academic line items and kindly butt out of students’ lives, reports AMI Newswire.

“Far too much of our tuition money and far too much of the administration’s time and energy is devoted to over-policing student life,” senior class president and petition co-author Danny Reitsch told American Media Institute via email. “The growth of extraneous services, non-faculty staff members and the promotion of an overly politically correct campus all distract from what should be Dartmouth’s ultimate focus — undergraduate education.”

The petition, written by Reitsch and senior class treasurer Michael Beechert with the support of the junior class president and two other student leaders, cites persistent tuition increases fueled by what they term an “alarming” rise in non-faculty staff members — nearly 1,000 new hires in the past five years. They also say “administrators have assumed the role of paternalistic babysitters” and ask that they “cease chipping away at free speech, free thought, and free association.”

Samantha Harris, policy director at the free speech watchdog group the Foundation for Individual Rights in Education (FIRE), said the Dartmouth petition stood out by tying the campus climate to the rise of administrators.

“I can’t recall seeing another petition like that from students,” she said. “What they’re seeing reflects a nationwide growth of these administrators at universities. The rate of hiring of administrators greatly outpaces the rise of new faculty and staff. It’s something we hear from faculty too. It’s definitely attributable a lot to the rapid growth of bureaucracy at schools.”

Reitsch said the rise in tuition and the policing of speech and behavior on campus are directly connected.

“High tuition and the social issues are two sides of the same coin. For students, the most visceral aspects are the overly PC campus climate and the babysitting brought by a bloated bureaucracy. These social concerns draw a lot of funding and that feeds back into higher tuition.”

Last fall, FIRE downgraded Dartmouth’s freedom of speech rating from a “green light” to a “yellow” after the college stood by a policy defining a “bias-related incident” as “behavior which constitutes an expression of hostility against the person or property of another because of the targeted person’s age, creed, disability, ethnic or national origin, gender, gender identity, gender expression, marital status, political or social affiliation, race, religion, or sexual orientation.”

The college encourages students to report any and all incidents of perceived bias, which administrators then investigate. “If you are the target of, witness to, or even simply hear about any form of bias happening to a Dartmouth student, you should submit a Bias Impact Report immediately,” states the “Report Bias” page of Dartmouth’s Office of Pluralism and Leadership website.

FIRE staffers wrote to Dartmouth in 2013 and again last year to say the policy “needs to be clarified to make clear that nobody will be penalized for free speech,” Harris said. “In our view, Dartmouth’s policy does not make that clear enough and is likely to have a chilling effect on free speech.”

FIRE’s ratings are based on policies, not specific campus incidents, Harris said. After two separate incidents this academic year,  Hanlon, the college president, issued statements expressing support for the free exchange of ideas on campus. In the fall, 74 T-shirts that were part of a Black Lives Matter display went missing, the student newspaper reported. In May, someone removed parts of a College Republicans display for National Police Week that contained the slogan “Blue Lives Matter.”

In a campus-wide email, Hanlon called the vandalism of the College Republicans’ display “an unacceptable violation of freedom of expression on our campus.”

More than 1,500 petitioners, however, say the climate on campus favors more politically correct views over others. (Dartmouth has an undergraduate enrollment of roughly 4,200 students.) Not all petition signers are students, Reitsch said. Many are alumni.

“By effectively taking sides in sensitive debates and privileging the perspectives of certain students over others, administrators have crossed the line between maintaining a learning environment that is open to all and forcing their own personal views onto the entire campus,” the petition states.

Reitsch expressed disappointment after he and Beechert met with Hanlon on May 23 to discuss the petition.

“He agreed with some of what we expressed in the petition — we both share a love for the school and want to see it improve,” Reitsch said via email. “But there are some fundamental challenges that are in the way of any forward progress. President Hanlon’s focus remains on trying to please the media and recreate a Harvard or Yale setting at Dartmouth.”

Hanlon’s office would not comment directly on the petition or the meeting. After several requests for comment, a Dartmouth spokesperson issued a general statement.

“At Dartmouth, a commitment to excellence in teaching and scholarship drive our budgetary strategy. We align resources with our mission and to advance our highest academic priorities,” said Justin Anderson of the Dartmouth Office of Communications.

Perhaps this will set in motion a far larger movement by students on other campuses to force those who hold the purse strings to spend more responsibly and stop being more concerned with speech codes and other non-academic garbage. Then again, students can always vote with their feet (and wallets) to patronize universities and colleges that are truly more concerned about education.