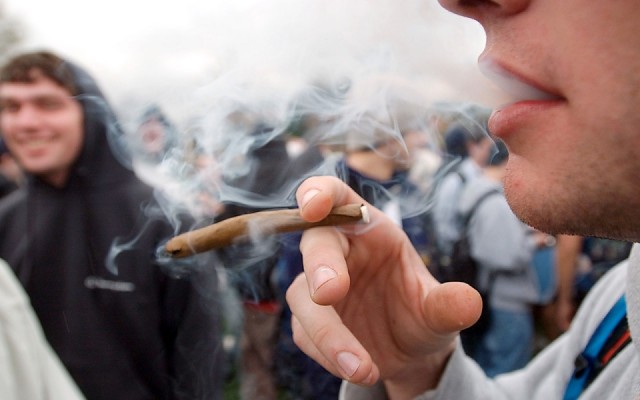 Teenage marijuana use significantly reduced between 2002 and 2013, according to a recent study, casting doubt on the claim that weed legalization will make more teenagers use pot. During that same period, 10 states passed medical marijuana laws, 13 states loosened penalties for cannabis use, and Colorado and Washington became the first states to legalize marijuana completely for recreational purposes.

The study, published in the June issue of the Journal of the American Academy of Child & Adolescent Psychiatry, discovered that within the last 12 years, marijuana-related problems among teenagers between the ages of 12 and 17 reduced by 24 percent. The information was obtained from more than 216,000 adolescents dotted across all 50 states.

The team asked teenagers about their use of the drug over the last 12 months. They discovered that between 2002 and 2013, the use rates dropped by 10 percent.

“’The reduction in the past-year prevalence of marijuana use disorders among adolescents took place during a period when 10 US states relaxed criminal sanctions against adult marijuana use and 13 states enacted medical marijuana policies,’ the study found. ‘During this period, teenagers also became less likely to perceive marijuana use as risky, and marijuana use became more socially acceptable among young adults.’”

According to the study’s first author, Richard A. Grucza, PhD, an associate professor of psychiatry, these behavioral problems are symptoms of childhood psychiatric disorders.

“We were surprised to see substantial declines in marijuana use and abuse,” he said. “We don’t know how legalization is affecting young marijuana users, but it could be that many kids with behavioral problems are more likely to get treatment earlier in childhood, making them less likely to turn to pot during adolescence. But whatever is happening with these behavioral issues, it seems to be outweighing any effects of marijuana decriminalization,” he added.

The information was obtained using a confidential, computerized study known as the National Survey on Drug Use and Health, which surveys young people from various racial, ethnic and income backgrounds in all 50 states about their drug use, abuse and dependence.

In 2002, a little over 16 percent of teenagers aged 12 to 17 said they used marijuana the previous year. This figure dropped below 14 percent by 2013. In the meantime, the number of people with marijuana-use disorders decreased from about 4 percent to about 3 percent.

On the other hand, the report found that marijuana use among adults has been on the rise. However, it should be emphasized that the results of the study do not mean legalizing marijuana decreases marijuana use among teenagers. There are several variables at play that contribute to the decrease in teenage marijuana use, including adolescents receiving the care and support they need.

“Other research shows that psychiatric disorders earlier in childhood are strong predictors of marijuana use later on,” Grucza said. “So it’s likely that if these disruptive behaviors are recognized earlier in life, we may be able to deliver therapies that will help prevent marijuana problems — and possibly problems with alcohol and other drugs, too,” he continued.