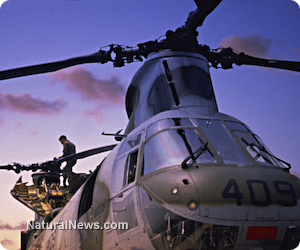 During the Reagan National Defense forum, Defense Secretary Ash Carter said that the U.S. will defend its interests as well as its allies to defend international order.

This is a timely statement as Russia made a dramatic intervention in Syria by prolonging their civil war. Meanwhile, Beijing is also making a scene in the South China Sea by piling 3,000 acres of sand on top of the reefs in the Spratlys.

The forum was attended by members of Congress, civilian officials and military leaders from the Defense Department. It aims to address the health of the national defense as well as stimulate discussions to strengthen the policies in the US military.

To strengthen the U.S. military, Carter said that the nuclear arsenal are already modernized to ensure America’s nuclear deterrent. They are now investing in unmanned systems, a new long-range bomber, and innovation in technologies such as electromagnetic rail gun, lasers and new systems for electronic warfare, space, cyberspace, and others.

“And we’re accordingly transforming our posture in Europe to be more agile and sustainable,” the secretary said. But some U.S. military strategists said that U.S. and NATO will be wiped out due to sheer military powers of Russia and China.