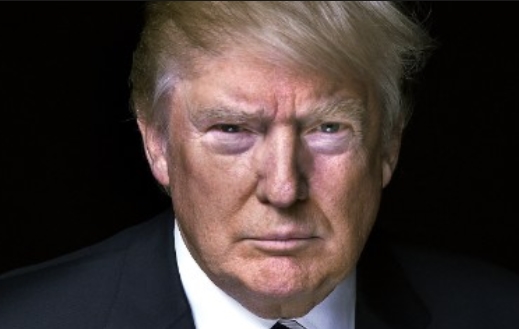 (Trump.news) Presumptive GOP presidential nominee Donald J. Trump lit into his likely Democratic rival on Monday in a pre-scheduled national security speech that laid out in detail why the United States would be much safer and better defended against terrorism like that attack which took place over the weekend in Orlando, Fla.

In particular, as reported by the Daily Mail, Trump heavily criticized Hillary Clinton’s Obama-like embrace of dangerous immigration policy that would only drive more Islamic radicals to commit additional attacks, such as those in Orlando and San Bernardino, Calif.

As president, Clinton would negligently implement a “catastrophic immigration plan” that would “bring vastly more radical Islamic immigrants into this country, threatening not only our society but our entire way of life.”

This was going to be a speech on Hillary Clinton and how bad a President, especially in these times of Radical Islamic Terrorism, she would be.

Even her former Secret Service Agent, who has seen her under pressure and in times of stress, has stated that she lacks the temperament and integrity to be president.

There will be plenty of opportunity to discuss these important issues at a later time, and I will deliver that speech soon.

But today there is only one thing to discuss: the growing threat of terrorism inside of our borders.

The attack on the Pulse Nightclub in Orlando, Florida, was the worst terrorist strike on our soil since September 11th, and the worst mass shooting in our country’s history.

The horror is beyond description.

The families of these wonderful people are totally devastated. Likewise, our whole nation, and indeed the whole world, is devastated.

We express our deepest sympathies to the victims, the wounded and their families.

We mourn, as one people, for our nation’s loss – and pledge our support to any and all who need it.

After calling for a moment of silence, Trump noted that the attack was a “strike at the heart and soul of who we are as a nation,” and “an assault on the ability of free people to live their lives, love who they want and express their identity.”

He called for responding to “this attack on America as one united people – with force, purpose and determination.”

And he warned: “If we don’t get tough, and we don’t get smart – and fast – we’re not going to have a country anymore. There will be nothing left.”

Trump also noted that the terrorist, whose name he did not give and refuses to give, was born to Afghan parents who emigrated here. His father recently published support for the Taliban in Afghanistan, “a regime which murders those who don’t share its radical views. The father even said he was running for president of that country.”

Then Trump struck a familiar immigration-related cord: “The bottom line is that the only reason the killer was in America in the first place was because we allowed his family to come here. That is a fact, [and] it’s a fact we all need to talk about.”

Calling the Obama regime “incompetent,” Trump warned that a Clinton presidency will give Americans at least four more years of the same kinds of policies – and dangers.

Trump also tore into something Clinton said in November 2015 during a speech to the Council on Foreign Relations.

“Let’s be clear: Islam is not our adversary,” Clinton said then. “Muslims are peaceful and tolerant people and have nothing whatsoever to do with terrorism.”

“That is Hillary Clinton,” Trump said, castigating her for her response to the weekend’s bloodbath to a radical Muslim who pledged his allegiance to ISIS during a phone call to police while he was still carrying out his attack.

You can read the rest of Trump’s speech here.