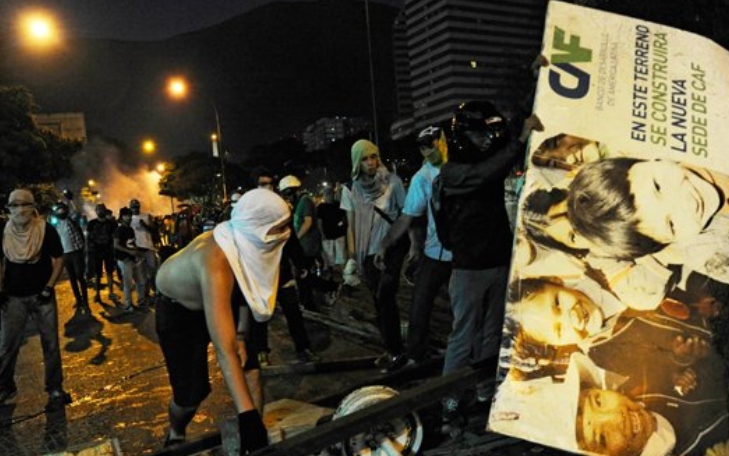 U.S. and Western left-wing media hate to admit it and, actually, they don’t very often – especially now that an avowed socialist is making such inroads with the American electorate during this presidential cycle – but socialism just doesn’t work, no matter who tries it and no matter how wealthy the nation is.

Cuba has long shed any semblance of wealth, its leaders, the Castro brothers, having milked everything of value out of the Cuban economy decades ago. Viva la revolucion.

Now it’s Venezuela’s turn, and after a pair of socialist leaders, the nation with the world’s largest oil reserves can’t hardly afford to even print its own money.

Washington Post’s report – whose “Wonkblog” writer Matt O’Brien spent several hundred words to describe Venezuela’s crisis without ever once mentioning the word “socialism” – is at least honest in its assessment that the country’s economy is a basket case that has collapsed.

“That’s the only way to describe an economy that the International Monetary Fund thinks is going to shrink 8 percent and have 720 percent inflation this year,” O’Brien writes. “And that’s not even the worst of it. No, that’s the fact that the state itself is near collapse. Venezuela already has the world’s second-highest murder rate, and now the Chavista regime seems to be threatening violence of its own if the opposition succeeds in recalling President Nicolás Maduro. It’s a grim race between anarchy and civil war,” he added.

The closest O’Brien comes to the “S” word is that he deemed what is currently taking place in Venezuela “an entirely man-made catastrophe.” Well, yes it is, but had the catastrophe been born of the Left’s most hated economic model, American-style free-market capitalism, you can bet that term would have been overused in his piece.

He’s right about the “man-made” part, but it is difficult to blame ordinary Venezuelans for falling into the false promise socialists make: Namely, that when the state takes away wealth from its well-to-do and from profitable economic centers in a bid to redistribute that wealth to achieve a utopian “equality” on behalf of the masses, what the state really does is remove all the competitive, motivational incentives that allow businesses and industries to thrive and, therefore, provide jobs and opportunities to the masses.

Americans by the millions are currently being lured into a similar situation by Sen. Bernie Sanders of Vermont. Though he won’t win the Democratic Party’s presidential nomination, the fact that he can animate so many young Americans to the socialist cause proves how alluring it can be. When you’re heavily in debt with a college degree that is virtually worthless, frustration comes easy as does a belief in someone who says he will help alleviate your anger and frustration by essentially punishing whomever it is that is actually doing alright. Socialists prey upon this anger to get elected but when they do, as we have seen in once-rich Venezuela, their policies only deliver more of the same frustration, failure and desolation. So yes, the masses end up equally alright – equally miserable.

None dare to call it socialism

That’s what has happened in Venezuela. Chavez and then Maduro were able to tap into that basest of human emotion – jealousy – to win office, promising they’ll get those fat cats who have only taken from the country for years and never given anything to it. Clouded by their emotions, the people believed that lie and now they are ruing the day.

But it’s too late. Venezuela has degenerated into the kind of death spiral that only socialism can bring; the country’s industries are kaput, economic output is nil, basic supplies are chronically short and the population – figuring out it has all been a ruse – is getting restive and angry (all over again).

“Venezuela is almost too poor to afford inflation. Which is just another way of saying that the government is all but bankrupt,” writes O’Brien.

Yes, but let’s not call it socialism. Shhhh… not while we have one running for president in America.