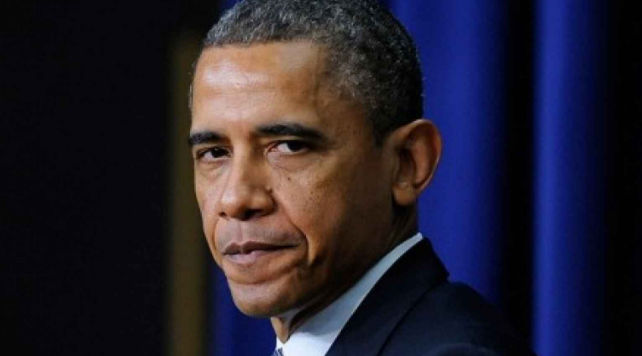 (Freedom.news) The victims and the dead in Orlando, site of the most recent Islamic extremist terrorist attack on American soil, weren’t all accounted for yet when President Barack Obama, with his arrogant, dismissive, politically-motivated mouth, took to the airwaves and deigned, once more, to lecture the country about how guns, not terrorists, are the most menacing threat to our society.

For tens of millions of us who have no problem calling jihadists jihadists or labeling such attacks as Islamic extremism, being lectured once again by our president about how the Second Amendment and our desire to defend it is more of a problem than ISIS-inspired homophobic murderers was like being attacked twice – once by the extremist and once by our leader, who somehow sought to blame us and not the jerk wad terrorist who just killed a bunch of our citizens for the carnage.

A question, Mr. President: What is wrong with you? How can a U.S. president stand before the TV cameras time and again when such tragedies occur – and they are occurring, Mr. President, with alarming frequency on your watch, by the way – to chastise his own citizens for supporting a constitutional right that, honestly, should be more broadly honored as a way to defend against such attacks?

Do you hate your own country so much that you can’t even find it in your soul to side with the whole of the American citizenry – regardless of political affiliation – at a time when we were attacked by an enemy? You mouth platitudes about “caring for the victims” and “prayers to the families,” sure, but you seem to do so in boilerplate fashion; it’s like you speed-read through the standard responses so you can bash gun owners and firearms as quickly as possible.

It must just be a Democrat thing. Back in the mid-1990s, when domestic terrorist-extremist Timothy McVeigh slaughtered 168 people and wounded more than 680 others when he blew up the Alfred P. Murrah Federal Building in Oklahoma City, then-President Bill Clinton tried to tie it to ‘anti-government right-wing extremists’ (translation: Any American who disagreed with him, politically).

These days it’s Obama and the sycophants in his administration and the media who are playing the same card.

If the rise of Donald Trump has proven one thing, it is this: A very sizeable portion of the American people are tired of being singled out by a president for their political beliefs, which they are entitled to have, and being blamed for every bad thing that happens in the country. Tired of it. And our guess is, they’ll show just how tired of it they are when they show up in record numbers at the polls this November to cast ballots.

In the meantime, when this president calls us out, we need to call him out as well. We should remind him just how inappropriate, sad and unwarranted his criticism is, while challenging him to identify who the real enemies of freedom are – ISIS, for one, and, sometimes, the president himself who, if he were able, would strip us of certain basic constitutional rights and responsibilities. That isn’t democracy, Mr. President, that’s tyranny – the same kind our enemies would impose on us.

That said, we thankfully won’t have to endure such abuse from this president much longer. Now, the task is to ensure we don’t elect another one who would subject us to the same thing.