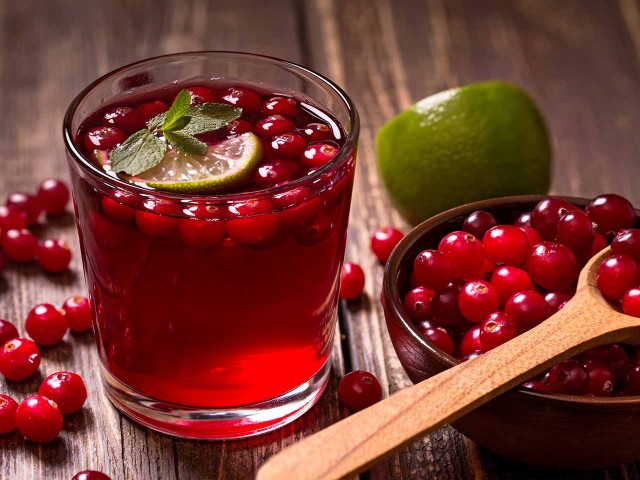 Drinking an 8-ounce glass of cranberry juice per day can help curb the risk of urinary tract infections (UTIs) in women, according to a recent study. The results suggest cranberry juice could reduce the amount of antibiotics used to treat UTIs.

The study, published by the American Journal of Clinical Nutrition, found that drinking a glass of cranberry juice a day decreased symptomatic UTIs by almost 40 percent among women with UTIs. This could help ease widespread dependency on antibiotics in treating recurrent UTIs.

“Currently the primary approach to reducing symptomatic events of UTI is the use of chronic antibiotics for suppression, an approach associated with side effects and development of antibiotic resistance. This study shows that consuming one 8-ounce (240 ml) glass of cranberry juice a day reduces the number of times women suffer from repeat episodes of symptomatic UTI and avoids chronic suppressive antibiotics,” Dr. Kalpana Gupta, Professor of Medicine at Boston University’s School of Medicine, said in a press release.

Some health authorities believe cranberries can significantly reduce the worldwide consumption of antibiotics and better the life of women who have recurrent UTI symptoms.

The 24 week study involved 373 women and 18 clinical sites dotted across the U.S. and France. It is the largest clinical trial to investigate the impact cranberry juice consumption has on UTIs. The trial adds to a growing body of literature on how cranberry juice can boost urinary tract health and lower symptomatic UTIs among chronic UTI patients.

The team attempted to determine if recurrent UTI sufferers could be shielded from recurring infections by consuming cranberry juice. The women in the study were 40 years of age on average and had two UTIs within the last year. Over the course of the study, participants were chosen at random to consume a daily 8-ounce glass of cranberry juice or a placebo drink without cranberries.

Antibiotics tend to be the most common course of treatment for UTIs. Woman who have recurring UTIs are sometimes prescribed low-dose antibiotics. Unfortunately, the widespread use and misuse of antibiotics has spurred resistance across the globe. In fact, according to the World Health Organization (WHO), there is a 50 percent resistance rate to one of the most commonly used antibiotics to treat UTIs.

A cocktail of nutrients

Fortunately, cranberries posses a distinct group of compounds, including Type-A PACs (or proanthocyanidins) that thwart bacteria from sticking and spurring infections. Furthermore, recent studies have found a new class of compounds, xyloglucan oligosaccharides, which have comparable anti-bacterial properties against E. coli as PACs. This means there are a variety of elements in cranberries that can aid health.

“The key to cranberry’s benefit is consuming a glass daily to help avoid the infection altogether,” explained Gupta. “Most people wait to drink cranberry juice until they have a UTI, but once the symptoms start they’ll likely need a course of antibiotics.”

According to Gupta, women with UTIs can feel hopeful that cranberries could offer a potential solution to both UTIs and the growing threat of antibiotic resistance.