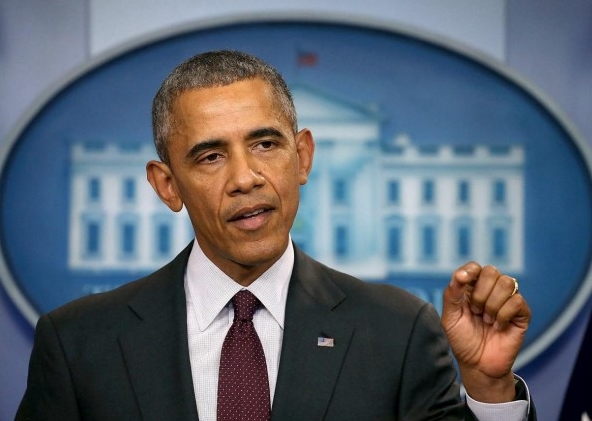 (Freedom.news) Post Orlando, the worst terrorist attack on American soil since 9/11, President Obama is right about one thing: Too many people have died. The thing is, he bears some responsibility for each and every one of those deaths.

If you’re thinking that’s unfair, then ask yourself this: Do you think Obama, as a U.S. senator prior to becoming president, or any other Democrat currently holding office in Washington, D.C., would not be blaming any Republican president for these attacks, if the GOP had held the White House for the past seven-plus years? If you do, then you’re fooling yourself; at one point most Democrats either blamed George W. Bush for the 9/11 attacks or thought he had prior knowledge of them. Talk about whack jobs.

So the accusation is eminently fair. And accurate. After all, if Obama, as president, believes he can take credit for the good things he says he has accomplished, then he has to own up for bad policy as well. And boy, have his anti-terrorism policies been bad.

His virtual open borders policies and his soft-shoe approach to fighting ISIS – he should have long ago asked Congress for a declaration of war against the group because it has declared war on us – have only exacerbated the terrorist threat to our country.

And now presumptive GOP presidential nominee Donald J. Trump is calling the president out over his failed policies, and Mr. Hope and Change doesn’t like it, so he lashes out at Trump in a televised tantrum that demonstrates the failure of his policies like nothing else could.

As noted by Michael Goodwin over at the New York Post:

If it is true that the best defense is a good offense, President Obama should be celebrating in the end zone now. Obviously furious over criticism that his anti-terror policies are weak and that the Orlando slaughter proves it, he went on a televised tirade to let America know he’s mad as hell and not going to take it anymore.

He laid waste to a field of straw men, cable-TV pundits and the always-evil “partisan rhetoric,” by which he means anyone who disagrees with him. It was a striking display of personal anger and pent-up grievances — and a total failure of leadership during a national crisis.

It also, inadvertently, captured why Donald Trump was able to brawl his way to the GOP nomination. All his nice Republican rivals couldn’t stir voters because they never knew how to rattle Obama the way Trump is doing. The president didn’t mention Trump yesterday, but the whole speech was nothing but a desperate and incoherent reaction to Trumpism.

Apparently, the way to “get at” No Drama Obama is to point out the obvious – to actually say publicly what others in the sycophantic media and even in “polite” Republican circles dare not say, even though it needs to be said.

For god’s sake, ISIS and ISIS-inspired Islamic extremists are killing us on our own streets and in our places of business – can we stop pretending they aren’t and talk openly about how current administration policies are obviously not working? Our freedom – and our Constitution – are at stake.

But instead of reserving that uncharacteristic public display of anger for ISIS, our thin-skinned president directs it instead at Donald Trump. And why? Because he dared to place blame for the carnage precisely where it needs to be placed.

It’s not “guns” or political opponents who threaten our country, like Obama (and Hillary Clinton) would have you believe. It’s an existential and easily identifiable outside threat – Islamic extremism – that uses terrorism to advance its geopolitical goals. Occasional air strikes coupled with open borders and whining about the Second Amendment is not a coherent strategy to protect the country.

Trump knows that and is not afraid to say it aloud. Obama’s tantrum – and scores of dead and wounded Americans – prove he has no honest rebuttal to the accusations.