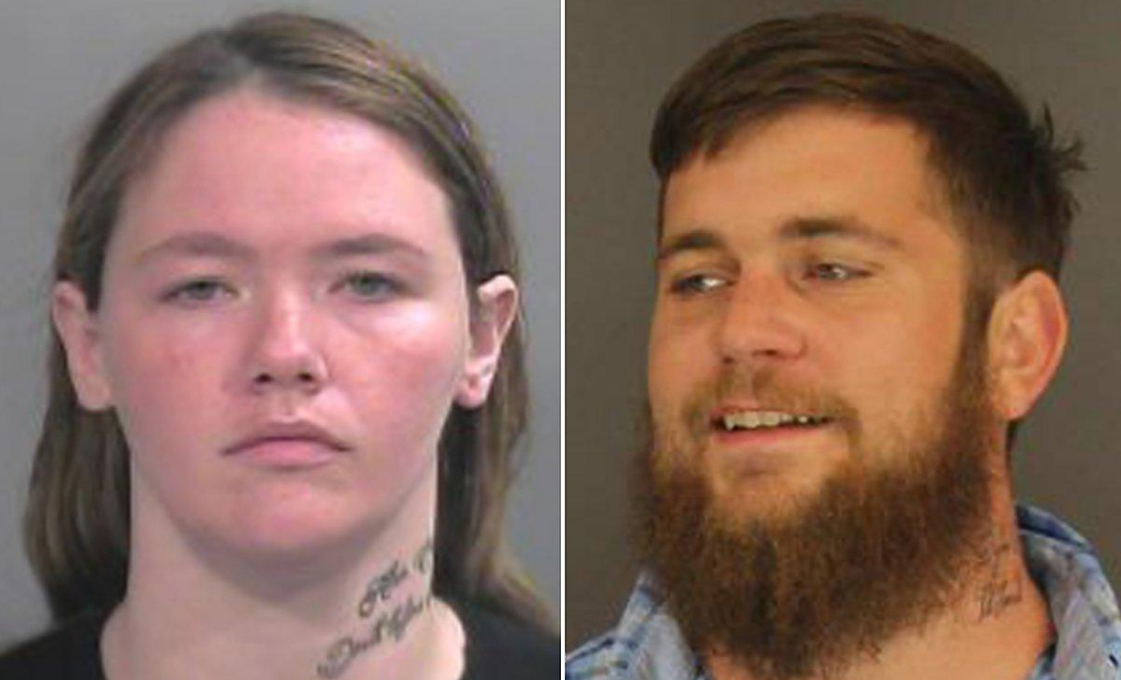 Alan and Daphne Crawford, of Fayetteville, were cuffed separately on the same day for an alleged streak of bizarre, violent threats against apparent strangers, police said. The FBI is now investigating the couple.

The arrests on Thursday came six months after the couple earned brief national attention for claiming they faced discrimination in a local mall, only days after the San Bernardino terror attacks. Police said at the time the couple may have recently converted to Islam.

Back then, the Crawfords claimed they were kicked out of a shopping center simply for being Muslims dressed in a thobe and hijab. But police said shoppers became suspicious after the couple threatened customers and appeared to be walking around filming the area.

That was only the start of the couple’s crazed behavior, according to arrest affidavits obtained by KFSM.

On May 24, while eating in a Prairie Grove diner, the couple became enraged for supposed bad service and unfair prices, the affidavit says. Alan Crawford, referring to their waitress, said, “Only a Christian would treat them like that.” 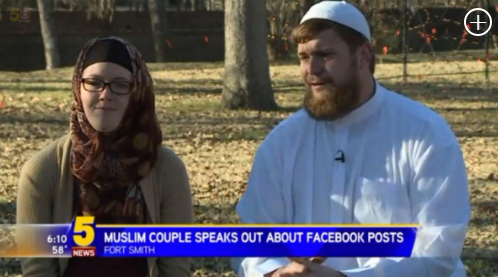 On the way out, Daphne Crawford allegedly told the waitress: “People like you are the reason we kill.”

After that confrontation, the Crawfords made several social media posts threatening violence and showing weapons, according to the affidavit.

Daphne Crawford allegedly sent one woman pictures of Alan kneeling in Muslim garb, holding an apparent assault rifle, police said. The post said the husband was a former Navy SEAL who would show up at the woman’s house with an AK-47.

Weeks later, on June 8, Alan Crawford began an argument with a car lot owner, when a vehicle he wanted to rent was damaged by a hail storm. Even though the lot owner offered a refund, Crawford allegedly threatened to murder him and asked a nearby woman for a gun, according to the affidavit.

Police arrested the couple the next week. Both were charged with terroristic threatening and posted bond on Friday. The FBI Little Rock branch did not immediately return requests for comment.