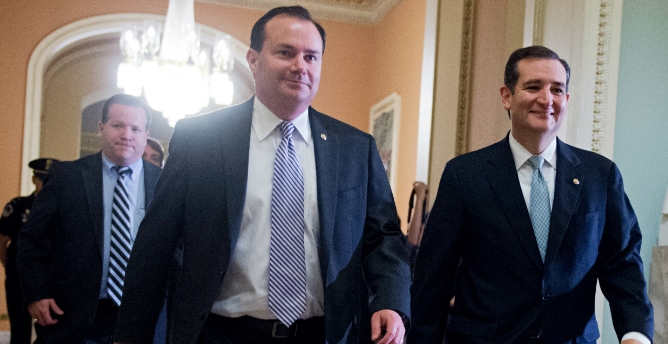 (BigGovernment.news) The Senate blocked four separate gun control measures in recent days following the Orlando terrorist attack and for a change, the august body got something right.

Good. This is a good day for constitutionalism, liberty and freedom.

Of course, not everyone was happy with the outcome. In fact, too many Americans – generations removed from the tyranny of the British empire over its colonies prior to our American Revolution – are eager to surrender the Second Amendment altogether. They are all in for leaving the people vulnerable to tyranny, as well as turning them into sitting ducks for criminals and terrorists.

That includes Vox’s Dylan Matthews, who tweeted out recently, “This is not Dems’ sales pitch but I’m totally down with letting the prez unilaterally ban people (hopefully everyone!) from buying guns.”

Thanks for the input, Mr. Matthews, but frankly we’re not “down with” giving this president – or any other – unilateral authority to do anything. You shouldn’t be for that, either, because once a president develops a taste for tyranny, there is usually no going back. And sooner or later such a president would get around to banning something you and yours find really important – like, say, freedom of the press.

Oh, it could happen alright and, truth be told, if Obama could wave a magic wand and get rid of all opposition media (starting with Fox News and Newsmax TV) you can bet that he would. To him “freedom” of the press means the freedom to publish only political news and views that are favorable to him. You know, kind of like what happens in North Korea, Cuba and Venezuela.

While there will be others like Matthews who would foolishly surrender their inalienable rights as human beings and Americans, the Senate’s majority Republicans did the rule of law and constitutional government a massive favor when it dispatched all four post-Orlando gun control measures. But it wasn’t just the Second Amendment under assault by Democrats; the Fifth Amendment’s “due process” clause was also under attack as Leftists sought to give federal authorities the right to prevent American citizens who have not been charged or convicted of any crime from taking advantage of their gun rights.

Yes, we get it – the Orlando terrorist bought guns after being questioned twice by the FBI. But under our Constitution, being “suspected” isn’t enough; you have to be charged and found guilty of a crime before you are forced to surrender some of your rights.

Why would any American support ditching due process and probable cause? Do such people also support getting rid of freedom of speech and assembly (pay attention Sanders supporters and Trump haters) simply because there might be a lawbreaker or terrorist among the crowd?

How about we get rid of the right to trial by jury, as stated in the Sixth Amendment? After all, shouldn’t judges be able to “unilaterally” make rulings and issue decisions? Maybe, for certain crimes, we should ditch the Eight Amendment’s ban on cruel and unusual punishment?

The lesson here that the Senate just reinforced, for anyone who cares to listen, is that constitutionalism and freedom can sometimes be imperfect and even messy, but the alternative – an authoritarian dictatorship – is worse. We mourn those killed by a terrorist in Orlando but we would mourn the loss of our freedoms even more – and oh, the terrible cost we would bear trying to get them back.

The Senate also reminded us to remain focused: Democrats and the president have put the Second Amendment on trial as a means of distracting our attention from the fact that what occurred in Orlando was a failure of this administration to keep us safe. In other words, the president’s anti-terrorism policy, not the Constitution, needs to be scrutinized.

Meantime, as Americans we should continue to hope that the majority of our representatives continue to take their oath to uphold and defend the Constitution seriously enough to actually do so.