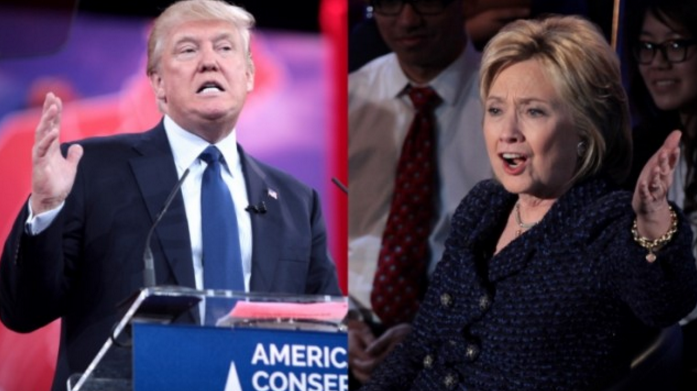 (Trump.news) Likely GOP presidential nominee Donald J. Trump let his prospective Democratic opponent Hillary Clinton have it in a speech he delivered at Trump properties in SoHo, calling her “a world-class liar” and accusing her of profiting from politics like few before her.

In a speech where he rarely strayed off of a prepared script, Trump said that Clinton – who is under criminal investigation by the FBI and has been involved in numerous scandals her entire political life – “may be the most corrupt person ever to seek the presidency.”

In pointing to her long-debunked claims that she landed under sniper fire in Bosnia in the 1990s and her “pathetic email server statements,” he accused her of corrupting the U.S. economy, foreign policy and national security.

“When I see the crumbling roads and bridges, or the dilapidated airports, or the factories moving overseas to Mexico, or to other countries, I know these problems can all be fixed, but not by Hillary Clinton — only by me,” Trump said from his Trump SoHo development in New York City.

[It should be noted that as one of his earliest acts, President Obama and the Democrat-controlled Congress passed a nearly $1 trillion ‘infrastructure’ project that was supposed to fund “shovel-ready” jobs but nothing ever materialized.]

In addition, Trump reached out to supporters of failed Democratic presidential contender Sen. Bernie Sanders, I-Vt., who gave Clinton all she could handle on the campaign trail and, were in not for the Democrats’ corrupted superdelegate system might even have beaten her. He also noted that she “has perfected the politics of personal profit and even theft.”

“She ran the State Department like her own personal hedge fund — doing favors for oppressive regimes, and really, many, many others, in exchange for cash,” Trump said — allegation Clinton’s campaign has repeatedly denied. “Pure and simple, folks, Pure and simple. Then, when she left, she made $21.6 million giving speeches to Wall Street banks and other special interests — and in less than 2 years — secret speeches that she does not want to reveal under any circumstances to the public. I wonder why.”

“Together, she and Bill made $153 million giving speeches to lobbyists, CEOs, and foreign governments in the years since 2001,” Trump said. “They totally own her, and that will never change including if she ever became president, God help us.”

Further, he charged that Clinton does not have the temperament, “or, as Bernie Sanders said, the judgment, to be president. She believes she is entitled to the office.”