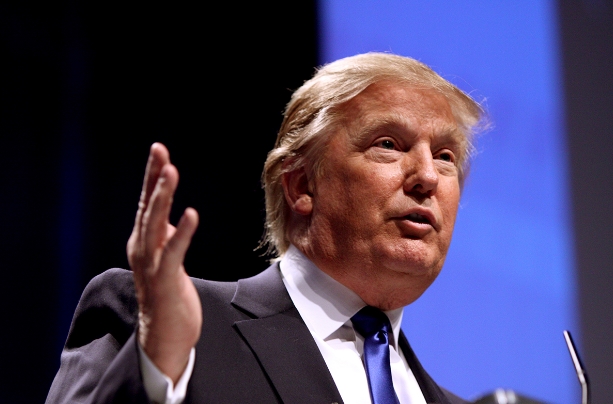 WASHINGTON — Donald Trump on Wednesday said his former Republican primary rivals who have refused to support him in November should be barred from running for public office again.

“They signed a pledge saying they will abide, saying they will back the candidate of the party,” Trump said during a campaign appearance in Bangor, Maine, adding, “They broke their word. In my opinion, they should never be allowed to run for public office again because what they did is disgraceful.”

Trump didn’t mention any Republican candidates by name. But some of his significant primary challengers, including Texas Sen. Ted Cruz, former Florida Gov. Jeb Bush and Ohio Gov. John Kasich — who on Wednesday released a letter on his campaign fundraising list highlighting a positive poll for him — have yet to endorse Trump despite saying during the primary they would back the GOP nominee.

Trump called Republicans who wouldn’t back the pledge “sore losers.”

Trump has struggled to unite Republican officials behind his campaign since clinching the party’s nomination in early May and his frustrations with the slow pace of that unity have boiled over in recent weeks.

Despite talking up the need for party unity, Trump earlier this month criticized fellow Republicans and threatened to go it alone and campaign into the general election “by myself.”

Kasich has been using his campaign email list to fundraise for down-ballot Republicans such as Sen. John McCain along with candidates for House seats after the Ohio governor dropped out of the presidential race in May. But his letter on Wednesday, entitled “The Latest” and authored by senior adviser John Weaver, highlighted the recent findings of a Ballotpedia poll that look bad for Trump.

Weaver argued that the poll results “confirm what we said throughout the campaign: John Kasich was the very best candidate to defeat Hillary Clinton.”

The email makes no mention of efforts to stop Trump from claiming the nomination but points to Kasich’s importance as a popular Republican leader.

“This data is further proof that Governor Kasich is the most popular Republican politician in the nation today and it underlines why his efforts to help our U.S. Senate and House candidates are so very important,” the email concludes, with a link to the full poll results.

When asked by CNN why the campaign sent out the email, Chris Schrimpf, a Kasich spokesman, echoed the letter, saying the poll shows how important Kasich’s role is in the GOP.

“It shows how important Kasich is to keeping control of the House and Senate and to winning down ballot races across the country,” Schrimpf said. “It further shows the party that a conservative message focused on bringing people together is the right direction for the future of the party.”

Delegates will vote at the Republican convention in Cleveland next month to make Trump the official Republican presidential nominee. Although the convention is taking place in his home state, Kasich hasn’t announced yet whether he will attend.

“It would not be accurate at this point to say the governor won’t be at the official convention. That simply hasn’t been decided yet,” Schrimpf said Wednesday.