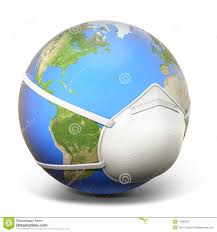 You’ve probably forgotten about the 2009 H1N1 flu pandemic. Maybe that’s because the number of people who died as a result, reported by NPR.org as “laboratory- confirmed deaths,” was 18,449, which pales in comparison to the Spanish Flu (H1N1) Pandemic in 1918, when the death rate was 40 million. While not a global crisis, the 2009 H1N1 flu virus hit Americans with more force than Europeans, especially American Indians and the indigenous peoples of Alaska. But Yoshihiro Kawaoka, DVM, Ph.D. has not forgotten about these events. He may be the busiest man on the earth trying to recreate them.

Destroy a virus, then reverse engineer the virus to make it stronger.

As reported by Natural News, Dr. Kawaoka can “deconstruct viruses in order to reassemble them.” Kawaoka is probably best known for his efforts to recreate the strain of H1N1 that caused the 1918 pandemic, which is the deadliest flu virus on record. Despite the serious dangers involved this viral recreation, Dr. Kawaoka was given the Breakthrough Award from Popular Mechanics in 2014, placing him in the ranks of another award recipient, Elon Musk, Tesla’s CEO. Regardless of the furor reverberating about his recreation of the 1918 flu virus, Kawaoka didn’t stop there. He and his team also genetically manipulated the 2009 H1N1 virus. And they did it in a way that was severely troubling.  All the strains of the virus were removed, as reported by the Independent, “that were not neutralized by human antibodies.” This means that if our bodies are infected by this genetically engineered virus, we have no capability to combat it. Nor would there be an effective vaccination. If Dr. Kawaoka’s construction escapes from the lab, a major global pandemic would be unleashed.  As harmful as Monsanto’s genetic pollution of wheat and other foodstuffs is, the release of Kawaoka’s genetically engineered virus that could eliminate life on earth.

Then watch as the genetically engineered virus escapes from the lab.

Despite the devastating risks, millions of dollars, think tanks and major universities support Dr. Kawaoka’s work. In fact, he manages not one, but two well-funded research laboratories on the opposite ends of the earth. One is at the Institute for Influenza Virus Research at the University of Wisconsin in Madison, where Kawaoka is also the Professor of Virology. His second home is at the premier Institute of Medical Science at the University of  Tokyo in Japan. Kawaoka has a twenty year history of research in this area. He is heralded as a visionary and very popular speaker at scientific conferences around the world. He is also regarded as a man doing very frightening things in the laboratory.

And make lots of money as you do this.

Dr. Kawaoka has also parlayed his expertise into an up and coming biotech firm. He is the Founder and Chief Scientific Affairs Consultant for FluGen. FluGen sounds like it means generating the flu. But they say that’s not why it was started.  This company was founded in 2007 to seek better ways to combat influenza by combining, according to Flugen.com, “Kawaoka’s virology work and [Dr. Gabriele] Neumann’s reverse genetics.”  This privately held firm has raised venture capital, as well as parlayed grants from the National Institute of Health (NIH) to develop what they say is a “universal influenza vaccine candidate, REDEE FLU. ™” In layman’s terms, they are creating a vaccine that should take care of any flu that may attack you. Except for those one they create that escape.  Their plan is to start human trials in 2016.