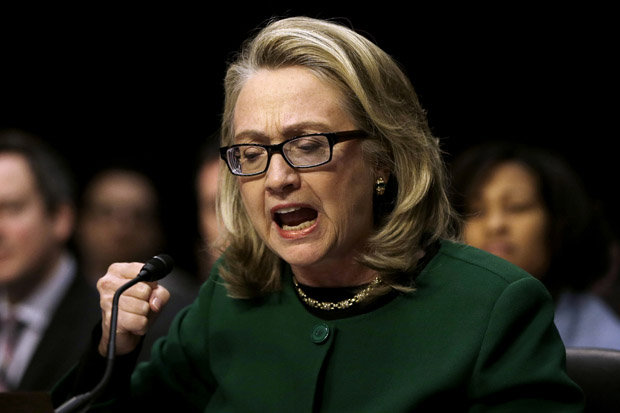 (NationalSecurity.news) Despite claims by the Obama administration that it attempted to assist the beleaguered U.S. mission in Benghazi, Libya, during a 13-hour attack in 2012, a House committee looking into the assault said it found no evidence that the U.S. military attempted to deploy assets or troops.

As reported by the Washington Free Beacon, a supplemental report release by the House Select Committee on Benghazi appeared to dispute a claim by former Defense Secretary Leon Panetta that he ordered three support teams to deploy to Benghazi about two hours into the attack. The committee, in its report, said it found no evidence that any forces were mobilized until hours after the attack had ended. The report also noted that no assets, such as armed drones or fighter planes, were ever sent.

“We are now convinced, contrary to the administration’s public claim that the military did not have time to get to Benghazi, that the administration never launched men or machines to help directly in the fight,” wrote Reps. Mike Pompeo (R., Kan.) and Jim Jordan (R., Ohio) in the analysis. “That is very different from what we have been told to date. And the evidence is compelling.”

The lawmakers issued their analysis as a supplement to the formal Benghazi report issued by the House select committee. According to the analysis, the Obama White House became focused on how best to spin the Sept. 11. 2012, attack to the public, spending very little time on trying to coordinate a military response to the attack as it unfolded.

There were early indications that the attack, which came just a few months before the 2012 presidential election, was planned well in advance, such as targeted mortar fire. However, administration officials initially described the attack as a spontaneous anti-American protest that took place the same day in Cairo, Egypt, in response to an anti-Muslim video that few had even seen.

“The administration misled the public about events in Benghazi,” Pompeo and Jordan wrote. “Officials at the State Department, including Secretary Clinton, learned almost in real time that the attack in Benghazi was a terrorist attack. With the presidential election just 56 days away, rather than tell the American people the truth and increase the risk of losing an election, the administration told one story privately and a different story publicly. They publicly blamed the deaths on a video-inspired protest they knew had never occurred.”

They also noted that security at the Benghazi mission was “woefully inadequate” and blamed then-Secretary of State and current Democratic presidential candidate Hillary Clinton, who they said “failed to lead.”

The New York Post reported that Clinton and her top State Department aides ignored clear warning signs of growing dangers at the American consulate, despite the fact that intelligence showed an attack on the mission was very possible, according to the House select committee’s 800-page analysis, released Tuesday.

“It is not clear what additional intelligence would have satisfied either [Patrick] Kennedy or the Secretary in understanding the Benghazi mission compound was at risk — short of an attack,” reads the section.

According to a summary of the lengthy report, immediately following the attack:

— The Diplomatic Security Command Center was in direct contact with the Diplomatic Security Agents on the ground in Benghazi and sent out multiple updates about the situation, including a “Terrorism Event Notification.” The State Department Watch Center had also notified Jake Sullivan and Cheryl Mills that it had set up a direct telephone line to Tripoli. There was no mention of the video from the agents on the ground. Greg Hicks—one of the last people to talk to Chris Stevens before he died—said there was virtually no discussion about the video in Libya leading up to the attacks. [pg. 28]

— The morning after the attacks, the National Security Council’s Deputy Spokesperson sent an email to nearly two dozen people from the White House, Defense Department, State Department, and intelligence community, stating: “Both the President and Secretary Clinton released statements this morning. … Please refer to those for any comments for the time being.” [pg. 39]

— Minutes before the President delivered his speech in the Rose Garden, Jake Sullivan wrote in an email to Ben Rhodes and others: “There was not really much violence in Egypt. And we are not saying that the violence in Libya erupted ‘over inflammatory videos.’” [pg. 44]

— On the Sunday shows, Susan Rice stated the FBI had “already begun looking at all sorts of evidence” and “FBI has a lead in this investigation.” But on Monday, the Deputy Director, Office of Maghreb Affairs sent an email stating: “McDonough apparently told the SVTS [Secure Video Teleconference] group today that everyone was required to ‘shut their pieholes’ about the Benghazi attack in light of the FBI investigation, due to start tomorrow.” [pg. 135]