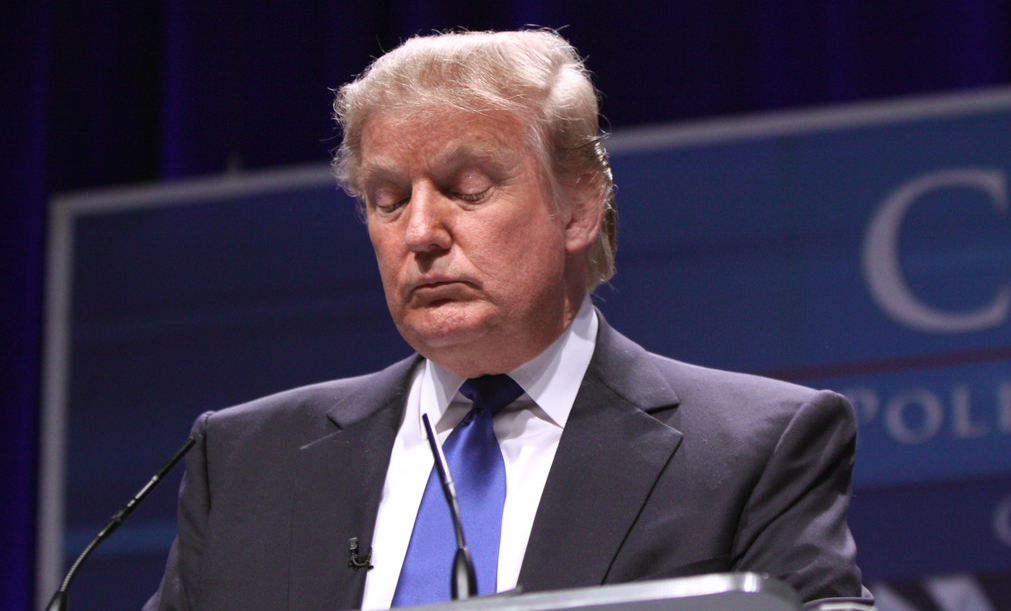 (Freedom.news) He’s been called quite a few names since he began his presidential campaign – mysognist, bigot, liar, cheat, mostly by Left-wing hypocrites – none of which are true. But the one that seems to be repeated most to describe presumptive GOP presidential nominee Donald J. Trump is racist. The reality is just the opposite, however. And we can prove it.

Back in the day when no one was looking, there was Trump taking the liberal Democrat racists of southern Florida – limousine libs who delighted in excluding anyone not like them from their clubs and resorts. Trump would have none of it.

In 1997 under the headline, “Trump’s Palm Beach Club Roils the Old Social Order,” the Wall Street Journal reported on Trump’s purchase and operation of the famous Mar-a-Largo estate, built in the 1920s by Post Cereal heiress Marjorie Merriweather Post. As The American Spectator noted, “Trump had recently purchased the sprawling, seaside estate and turned it into a club. This being located in upscale Palm Beach, Florida, there were other prestigious clubs in the area, clubs that catered to the old order of upper crust Palm Beach society. The problem? Quietly, these other clubs had long barred Jews and African Americans — which is to say they practiced a quiet but steely racism.”

The linked WSJ story focused in on the battle Trump faced when he newly arrived in Palm Beach, especially his new competition with the [liberal-run] social clubs of the old order. In part, the WSJ reported:

Mr. Trump also has resorted to the courts to secure his foothold here, and many residents wince at the attention his legal battles with the town have drawn — to the town in general, and to the admission practices at some of Palm Beach’s older clubs in particular.

…The culture clash began to approach a climax last fall, when Mr. Trump’s lawyer sent members of the town council a copy of the film “Guess Who’s Coming to Dinner,” a film that deals with upper-class racism. Mr. Trump then approached the town council about lifting the restrictions that had been placed on the club. He also asked some council members not to vote on the request because their membership in other clubs created a conflict of interest.

Last December, after the council refused to lift the restrictions, Mr. Trump filed a lawsuit in U.S. District Court in Palm Beach, alleging that the town was discriminating against Mar-a-Lago, in part because it is open to Jews and African-Americans. The suit seeks $100 million in damages.

… Mr. Foxman seems pleased that Mr. Trump has elevated the issue of discriminatory policies at social clubs. “He put the light on Palm Beach,” Mr. Foxman says. “Not on the beauty and the glitter, but on its seamier side of discrimination. It has an impact.”

In recent weeks, Mr. Foxman says, the league has received calls from Jewish residents telling of how Palm Beach clubs are changing. Locals concur that in the past year, organizations such as the Bath and Tennis Club have begun to admit Jewish patrons. The Palm Beach Civic Association, which for many years was believed to engage in discriminatory behavior, this month named a Jewish resident as its chief officer.

Far from the out-of-control, bombastically blatant racist, long before he decided to run for president, there was Donald J. Trump taking racism and anti-semitism head-on in Palm Beach and using every tool at his disposal.

That doesn’t quite fit the Democrats’ narrative of him – does it?

In recent days the divider-in-chief, President Obama, has used the bully pulpit of his office to denigrate Trump – not by name but we know who he was talking about. As reported by the Washington Examiner:

Beginning in LaCrosse, Wis., last summer where he compared the GOP presidential field to crazy “Uncle Harry,” to Washington last fall when he famously compared them to the Internet star “Grumpy Cat,” to last week’s rant in Ottawa where he sought to reclaim the populist mantle, Americans should pretty much know what to expect from one of the nation’s best political orators when he addresses the Democratic National Convention in Philadelphia.

“I care about poor people who are working really hard and don’t have a chance to advance,” Obama said in Canada. “And I care about workers being able to have a collective voice in the workplace and get their fair share of the pie.

“And I want to make sure that kids are getting a decent education … and I think we should have a tax system that’s fair … and I think there should be curbs on the excesses of our financial sector so that we don’t repeat the debacles of 2007 and 2008,” Obama said.

“Now, somebody else who has never shown any regard for workers, has never fought on behalf of social justice issues … They don’t suddenly become a populist because they say something controversial in order to win votes,” Obama said without naming Donald Trump, a tactic he’s unlikely to deviate from in Philadelphia. “That’s not the measure of populism. That’s nativism or xenophobia or worse. Or it’s just cynicism.”

That last bit is especially galling, considering that Trump has hired tens of thousands of workers worldwide for his enterprises. Obama, the man who has lived off the public dole his entire professional life, has never started a business and has “hired” only a handful of people. What’s more, his big government policies have done more to harm businesses and hurt the working classes of Americans than any president in modern history. Under Obama, real wages have stagnated, record numbers of Americans are on government assistance and out of the workforce, and the economy has never reached 3 percent growth – which has never happened before he came into office.

But to his larger points – Trump has “never fought on behalf of social justice issues” – the WSJ report disputes that lock, stock and barrel, though we don’t expect Obama to issue any sort of apology. And there is this, as The American Spectator notes accurately:

In today’s world the Left demands racial quotas and supports illegal immigration. What all of these things have in common is that they are designed to divide Americans by race, to divide by skin color. Which is precisely what Donald Trump stood up and fought against when no one other than Palm Beach society was paying attention.

The harsh reality of the racism charge against Trump is not only that it is bogus, utterly false from start to finish. The reality is the charges of racism against Trump are coming from the one political force in the country that has a long, deep, and immutable history of racism. A racism that is no relic of a long ago past but both current and visceral, used now as it has always been used — to divide and judge by skin color for political profit.

The real racists in America are all on the political Left, and they are being led by one of the worst offenders of all, the occupant in the Oval Office. Racism isn’t coming from the Trump camp.