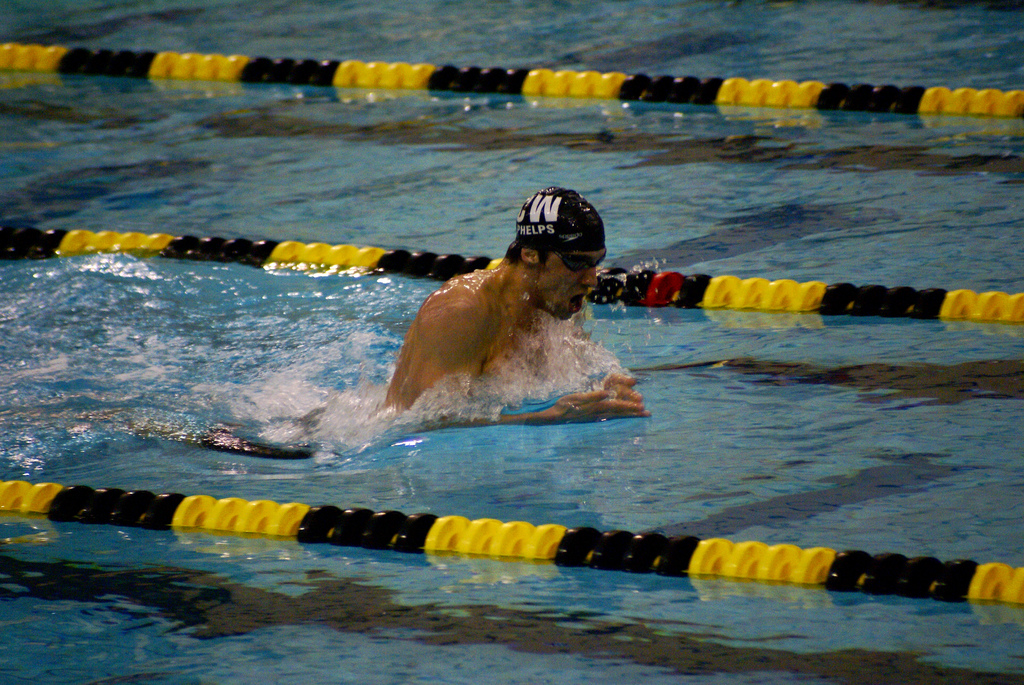 Michael Phelps is an American hero.

The iconic swimmer who captured the love and admiration of the United States by breaking numerous world records at the 2004 Olympic Games was the subject of controversy in 2009, when a photo depicting him smoking marijuana out of a bong surfaced on the internet. In a matter of minutes, the heroic athlete was demonized by the mainstream media — all because he wanted to relax and recover by smoking a little weed.

Oh, how times have changed in the years that followed. More people have become aware of the medicinal benefits of marijuana and opened their eyes to the fact that cannabis is not some evil plant that will destroy the lives of everyone who comes near it. After all, one of the most successful athletes of all time was revealed as a stoner. What more proof do you need?

Now, Michael Phelps is heading back to the Olympic Games for Rio 2016 and is looking to add more gold medals to his collection. If he does, there’s a very good case for Phelps being — in terms of achievement — the most successful stoner in the world.

There are plenty of successful and important artists who have endorsed cannabis use over the years, but art is subjective — with awards often being seen as meaningless — and athletics are not. There are clearly defined winners and losers and Phelps is an indisputable winner.

What he has been able to achieve is unprecedented. Phelps has reached the pinnacle of his sport, having won more Olympic medals than anyone in history with 22. He has absolutely dominated his career path — and he did so while smoking marijuana.

If we’re going to continue to fight for cannabis legalization across the United States, we need to look no further than Michael Phelps. He’s the kind of advocate we need to help continue exposing the truth in the battle to gain mainstream acceptance.