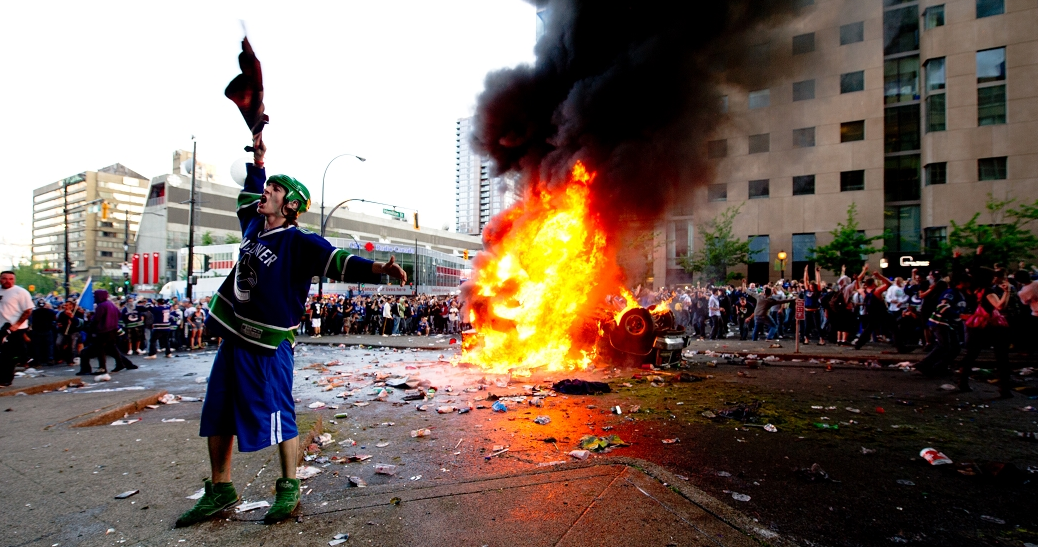 (Bugout.news) By now most Americans who lean, politically, to the Left have made up their minds about the so-called “epidemic” of police shootings of black men around the country. It’s real, cops are the real threat to peace, and none of the men who have been killed in recent years were doing anything wrong.

That is the narrative being put out by the race-baiters and race hustlers for the purpose of agitation; they are seeking radical changes in the way America is governed. The fact that there isn’t an epidemic and that whites and Hispanics are actually being killed at higher numbers by police doesn’t matter; it runs counter to the narrative being put out by the mainstream media and others, so it is a fact that gets trampled under the feet of so many protestors.

What makes today much different than the violent protests of the turbulent 1960s and early 1970s is that officially, those protests were not being sanctioned by anyone in power. The administrations of President Lyndon B. Johnson and President Richard M. Nixon both condemned and sought to undermine and quell the unrest.

The current occupant of the White House, by contrast, is not doing any of those things. Quite the opposite, in fact. Barack Obama the primary instigator of it. To watch him claim that we’re not seeing what we’re really seeing is about as Orwellian as it gets. Obama has been the instigator-in-chief of our racial division since the earliest days of his presidency, and police officers, especially, have been in his crosshairs.

What is amazing is that there are still far too many people in our country who don’t understand Obama – who and what he is – and don’t believe he’s a threat to our nation. He’s a revolutionary, but not in the mold of our founders, in the mold of Che Guevara and that idiot down in Venezuela. He’s a prodigy of Saul Alinsky. He is engaging in political warfare because his goal has always been the same: Fundamental transformation of America. Since that utterance, few have even bothered to ask the obvious question: “If you love something so much, why do you want to fundamentally transform it?”

Obama has about seven months left in office. There are rumors galore circulating around the Internet that the man is attempting to “start a race war,” “implement martial law so he can stay in office,” “round up our guns,” etc. It remains to be scene if any of these predictions are prescient or just ramblings of conspiracy theorists.

But one is demonstrably provable: The American people are being riled up in ways not seen in decades, it’s being done purposefully, there are powers utilizing the unrest for their own personal political gain, and someone is behind it all because they have an agenda.

What’s worse, thanks to Obama’s incessant “divide and conquer” strategy, the social change artists have a good head of steam – and no shortage of incidents to exploit.

In other words, it appears as though we’re on the brink of societal chaos, and we’re not the only ones who think so.

“We are sitting on a powder keg,” Charles Ramsey, the former D.C. police chief and one-time Philadelphia police commissioner, told NBC News’ “Meet the Press” on Sunday. “You can call it a powder keg. You can say that we’re handling nitroglycerin, but obviously, when you just look at what’s going on, we’re in a very, very critical point in the history of this country.”

What is going to set it off? Ramsey fears “some incident” at one of the national political conventions later this month.

These same Left-wing revolutionaries have been threatening one political campaign – that of GOP presidential nominee-in-waiting Donald J. Trump – for months now. The Leftists are behind these protests. That tells you all you need to know about who’s campaign is being targeted and where (Cleveland) the powder keg will be when it explodes.

What have you done to prepare yourself? The time may be at hand. If you’re just now getting started, good luck. If you’ve done your homework, prepped and prepared and trained, you’ll be in a much better position to protect and defend yourself and your loved ones.

The test is coming, folks. The die appears to have been cast.

Bugout.news is part of the USA Features Media network. Sign up to have our daily headlines emailed directly to you here.