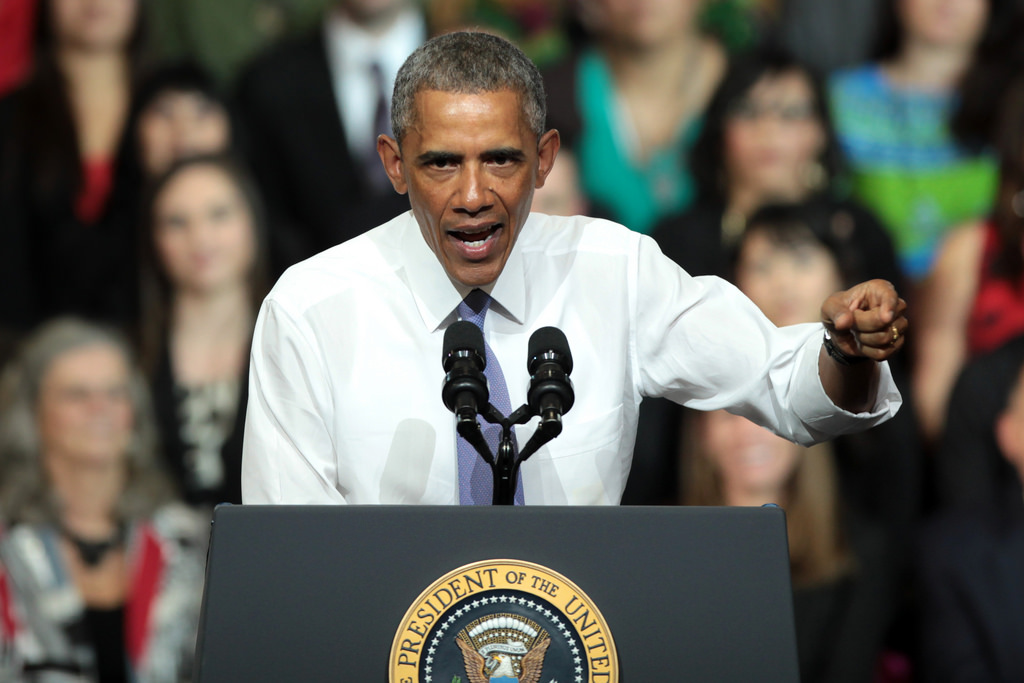 Try as he might, President Barack Obama just can’t seem to prevent himself from saying the wrong thing at the wrong time.

What began as an intelligent, emotional speech about the terrorist attack in Dallas crashed and burned in horrific fashion as the president began to push his various agendas. Of course, the gun control movement was at the front line.

During the speech, Barack Obama referenced how easy it is for Americans to obtain firearms. Despite the fact that liberals themselves have proven that this statement is untrue, Obama continued to promote the idea that anyone in America can stumble into a gun store and walk out with a small arsenal of weapons.

He stated, “We flood communities with so many guns that it is easier for a teenager to buy a Glock than to get his hands on a computer or a book.”

Apparently Barack Obama has never heard of libraries, book stores or websites — places where literally anyone can obtain a book. You can walk into Best Buy right now and purchase a computer with no questions asked, regardless of your age. You don’t even need a form of identification.

Can the same be said about purchasing a firearm to protect yourself? I don’t think so.

There are all sorts of regulations gun owners in America face when they go to purchase firearms, yet the Obama administration and the mainstream media continue to push the narrative that people all across the country are just stumbling across guns. They seem to believe that you can purchase an AR-15 in the McDonald’s drive thru.

Thankfully, conservatives came to the defense of the Second Amendment by the launching the hilarious #GlockABook hashtag that replaces a word from famous book titles with “Glock.” Some of the gems thus far are “James and the Giant Glock” and “Bram Stoker’s Glockula.”

Leave it to the patriots of America to find humor in the stupidity of Barack Obama’s statements — and simultaneously point out how absurd his comments truly are.