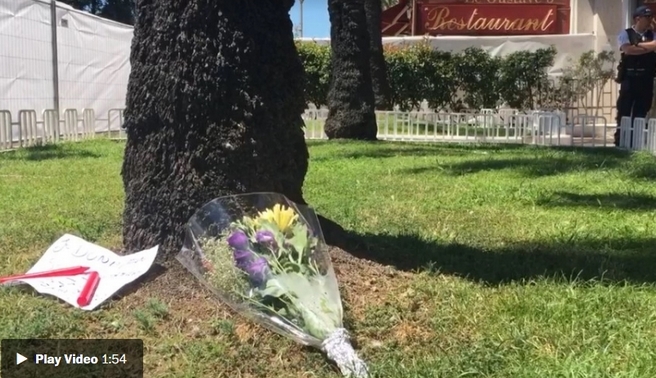 It’s no secret at this point that the mainstream media will go impossibly out of the way to avoid blaming anything on radical Islamic values. The past nine months have proven this time and time again. Everyday it seems, another horrific terrorist attack occurs, the mainstream media claims that we can’t be certain of anything, it’s revealed that the perpetrator has ties to radical Islam, and the liberals do everything they possibly can to dance around this fact.

It’s a rinse and repeat system that seemingly refuses to die.

In the wake of the terror attack in Nice, France, where Islamic terrorist Mohamed Lahouaiej Bouhlel ran over hundreds of people — killing at least 84 in the process — mainstream media outlets like CNN. The Washington Post, and The New York Times have managed to blame the truck. Seriously, they’ve blamed the vehicle to avoid using the term “radical Islam.” That’s how pathetically politically correct they’ve become.

By calling the event a “truck attack,” it implies that a vehicle murdered a bunch of innocent people on its own volition. Does the left think we’re dealing with Decepticons here? Have they convinced themselves that we’re living in a Transformers movie where machines are evil?

It’s time for us to demand the truth from these media outlets. Their pandering and incessant lies must come to an end for the betterment of our country. People need to hear the truth — the whole truth — surrounding these terror attacks. Dancing around the fact that radical Islam played an important part in these innocent people’s deaths isn’t helping anyone. It’s dividing the world at large and forcing people to fight back against the media.

The only way people are truly safe is if they’re properly educated. The mainstream media outlets have an obligation to educate their readers instead of continuing to spread nonsensical narratives in order to avoid offense.